SONGS OF THE NEW EROTICS 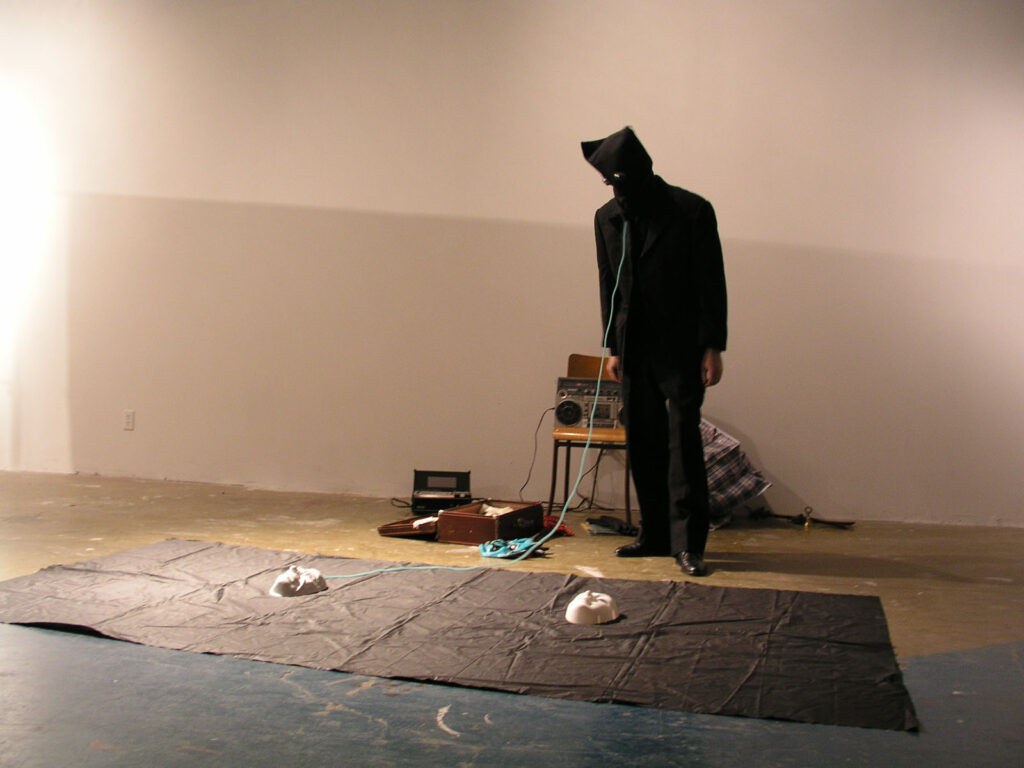 Hand-in-hand with an interest in aleatoric, intuitive, automatic, and ludic processes, improvisation plays a significant role in Songs of the New Erotics’ performances, usually within fairly structured pieces involving costumes, props, actions, sounds, backing tapes, etc. Since 2001, Songs of the New Erotics has embarked on a series of performances that employ an extreme economy of means and an “out on a limb” experimentalism. The performer enters a largely uncontrolled and unfamiliar environment armed only with a few simple props/objects/costumes. All actions/interactions then arise purely from the specific circumstances of the physical space, audience, ambient sounds, accidents, etc. In this way, improvisation is allowed to generate the form, character, and meaning of each piece. Songs of the New Erotics will present a one-hour improvisation for audience and video.

Toronto-based polymedia artist W. A. Davison has been engaged in the production of music, film, performance, writing, and visual art since the early 80’s. He attended the Nova Scotia College of Art and Design and studied experimental music at Dalhousie University. Since 1993, he has presented works under the name Songs of the New Erotics. These performances combine music/audio art with an absurdist/surrealist visual and performative presence, and are a result of Davison’s work with Recordism, an art/magick ideology rooted in chance and automatism. His work has been discussed in academic essays, and featured on radio, television, and print media across Canada and abroad. 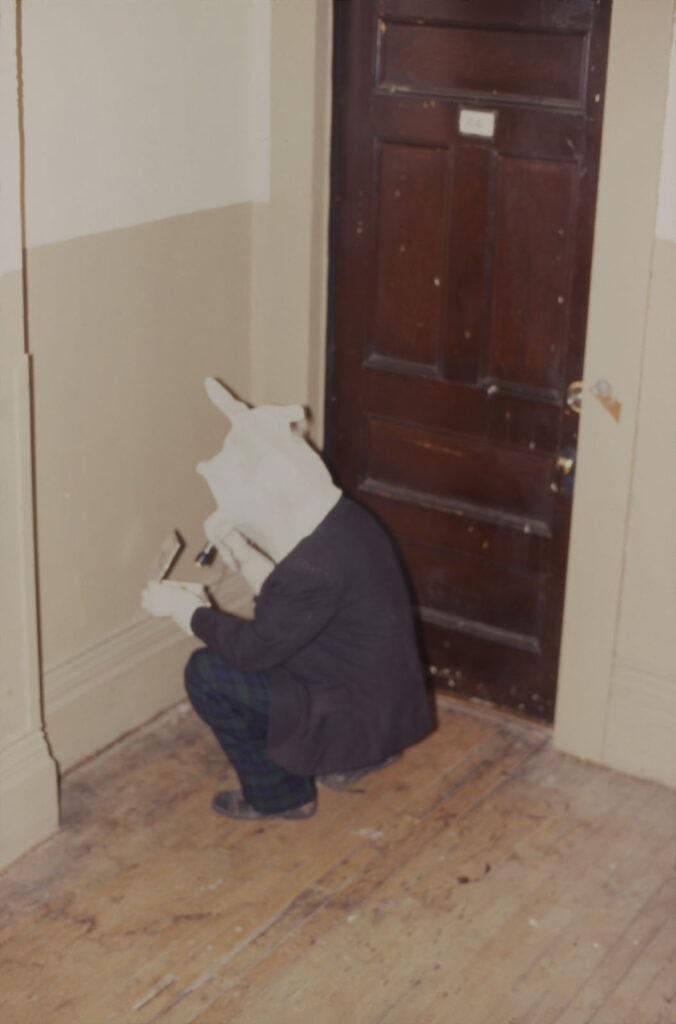 Organized by Paul Couillard as part of ReciproCity/RéciproCité Toronto

Songs of the New Erotics is an experimental music and performance project, formed in 1991 and headed by Toronto-based artist William A. Davison. The project is an extension of Davison’s work with Recordism, an artistic ideology founded by Davison in 1984 and rooted in a re-evaluation of chance and automatism. Davison studied at the Nova Scotia College of Art and Design and has been engaged in the production of music, film, performance, writing, and visual art since the early ’80s. He has exhibited and performed nationally and internationally through numerous solo presentations and a long list of collaborative projects; has received grants for music composition and for performance art; and has curated or co-curated a number of workshops, exhibitions, and events – including most recently, the “7a11d Festival of Performance Art”. W. A. Davison is also the founder of the International Bureau of Recordist Investigation, possibly Canada’s only organization following along currents of modern Surrealism and Fantastic Art. 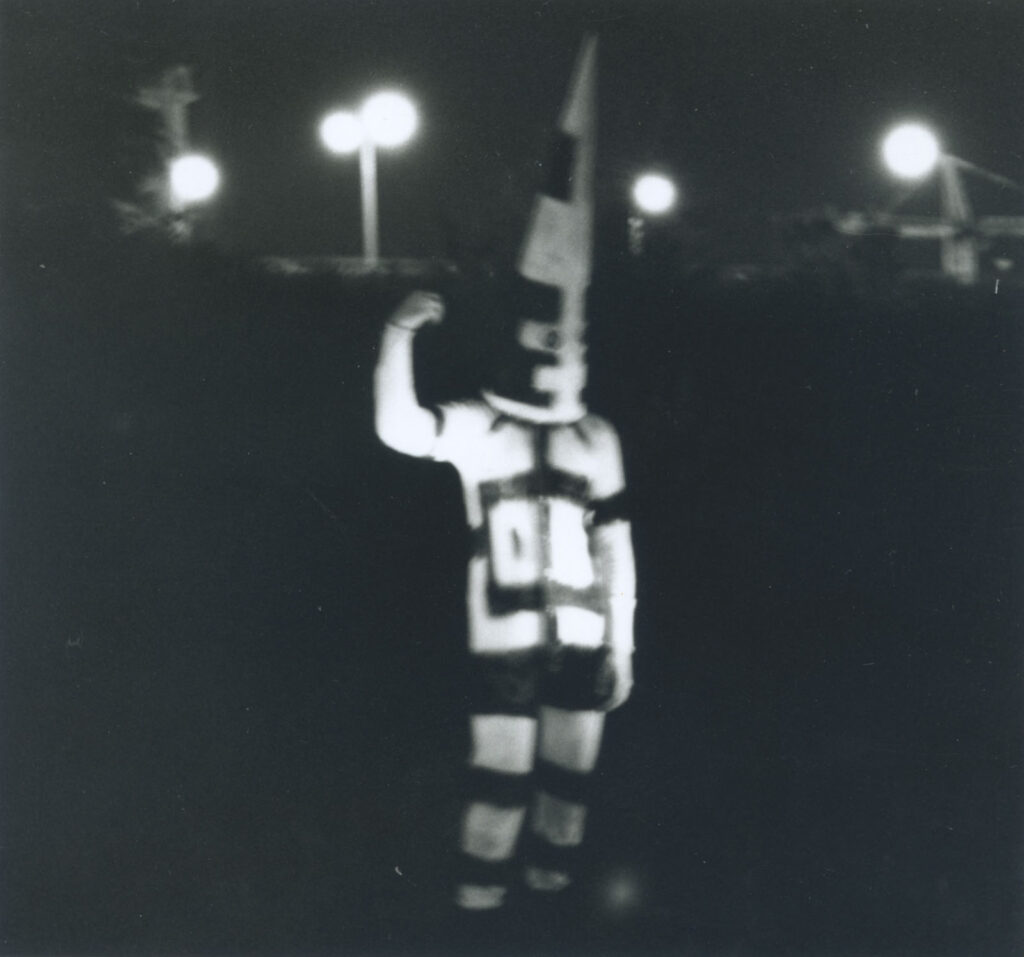 These events are similar in theme and practical application to a series of performance events held in Toronto over the winter of 1997-98, organized by Jubal Brown and Stephen Rife. Entitled the Wasteland Series (I, II & III), large, abandoned industrial spaces were used for site-specific performances and installations by roughly 10 artists each time. 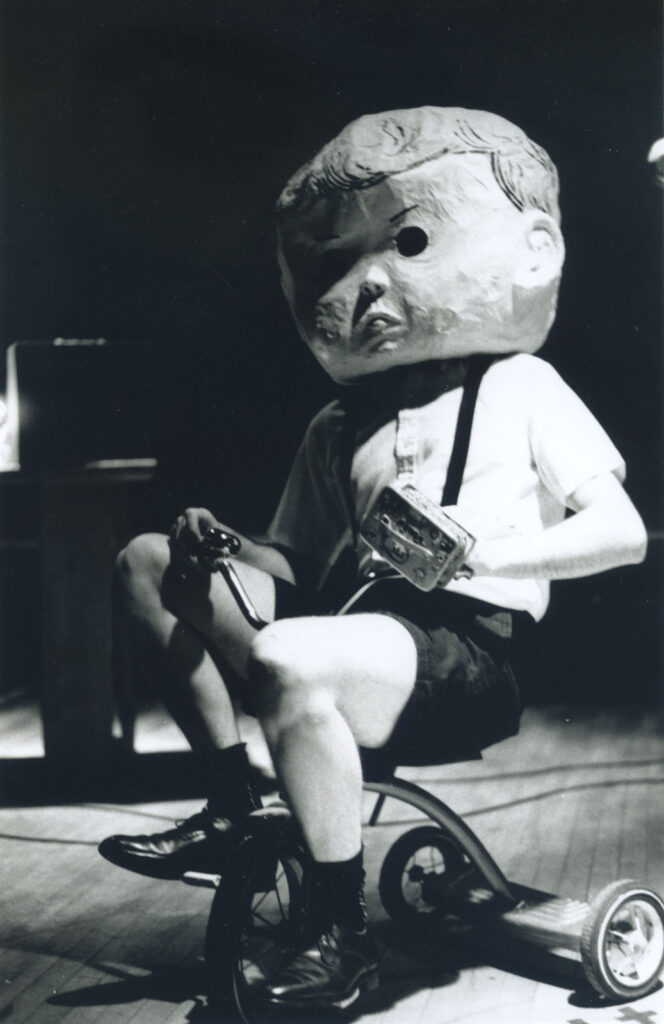 Songs of the New Erotics, The Anti-Child of Recordist Performance and a Lighted Cavern 7a*11d 1997 PHOTO S. Higgins

Songs of the New Erotics (aka W. A. Davison) is primarily a musician who works in the fields of performance and video.  He attended the Nova Scotia College of Art and Design, and now works out of Toronto. W. A. Davison is the sole composer, designer and performer for his polymedia project, Songs of the New Erotics.  It exists as the main public vehicle for “Recordism”, which is a para-garde art “movement” dedicated to the “liberation of the imagination”, and uses as it’s tool “magick automatism” (a strictly symbolic and poetic use of chance and automatic methods in art-making.