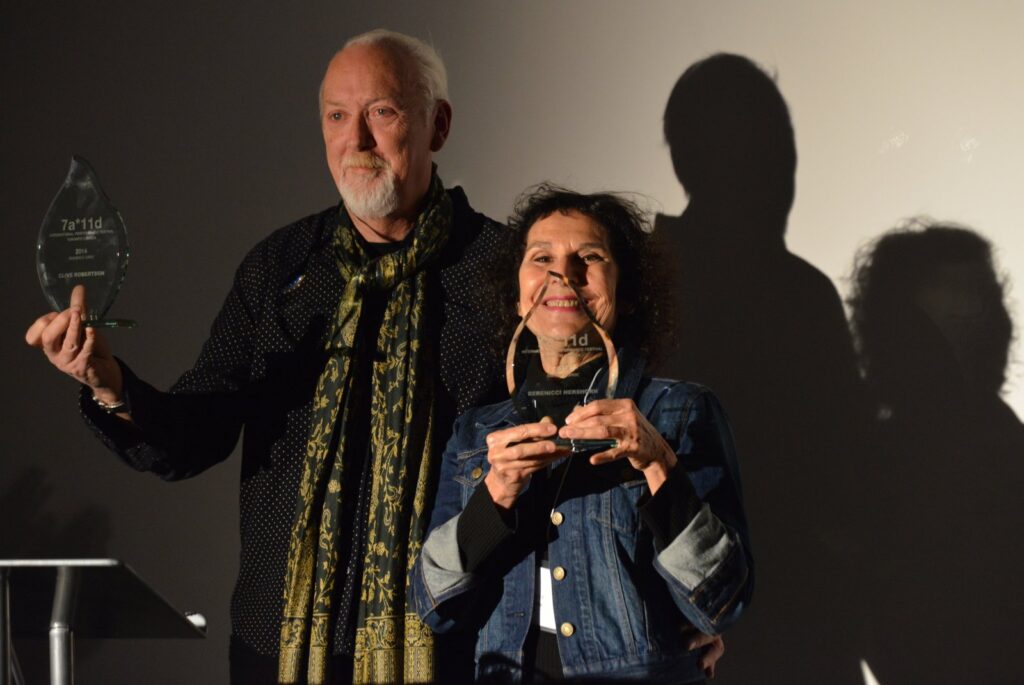 1. A collegial introduction. 2. The highlights reel. 3. The presentation. 4. An acceptance speech. 5. A small surprise ending.

Clive Robertson is a performance and media artist. He began making performance works and producing and curating performance events and festivals in Reading, England in 1970 and began writing about performance in Calgary in 1972. He teaches performance art methodologies and practice at Queen’s University. The rest is (a never-quite-completed or satisfying oral, written and archival) history.

I began making performances and organizing performance events and festivals in England in 1970. I am of the same generation of performance artists as Chris Burden and Marina Abramović. I jumped out of an airplane to test medical research that suggested you gain telescopic vision when freefalling. I locked myself in an art gallery experiencing the gallery as not the best environment to sustain living matter. I performed Conversation Piece while working a 12-hour night shift in a factory in 1971. Thirty-three years later the University of California Press published a book with a similar title as a treatise on dialogical art. I made a 365-day durational performance in 1972 to structure daily life as art and neither the life nor the art were much wiser for it. In 1974 I wrote and recorded a few rock n’ roll songs under the title, “The Wreckin’ Role History of Art.” I re-enacted the actions of Joseph Beuys in 1975. Over the decades I have found that performance adaptations or remakes both as homage and critique do not have to mean that irony and authenticity cannot get along.

Resisting a serial reproduction of ideas, forms of address, media, and presentation, my engagements with performance included disrupting expectations of what it is or could be. In effect, the works I made were protected by rather than “answerable” to the specializations of conceptual art, performance art, video art, art installation, or community arts. I remain indebted to the earlier examples of John Cage, Fluxus members and many later artist-writers who clearly explained what they were attempting to do differently.

The first international festivals of performance art in Canada took place in a less congested art or media space. It was not a “simpler” time. The overlaps of life, art, administration and politics were just differently messy than the present. The social project of artists doing-it-ourselves across the period of the late 1960s and 1970s and beyond turned out to have a horizon of tasks that went above and beyond a focus on artmaking. I’m thinking here about the collectives and organizations we initiate, and the myriad ways that the State and its agencies, the “free market,” and social movements help us question, even destabilize, our own ideas about ethics, collaboration, organization, and resistance.

As time passes, artists watch the histories and theories of their own inventions/interventions flash by in the fast lane while our assumed role is to stand roadside in the rain trying to hitch a ride. In this regard it may be of some comfort to revisit how you perceive your own practice. Are you making too much or too little of a good thing? Can you abandon the premise that practice makes perfect? The elementary function of art history is to find a few exemplary works as markers. I think it’s safe to say that I have produced at least one performance, one festival, one video, one vinyl album, one magazine, and one book that have been recognized as punctuation. So don’t count the number of performances you have made or the number of countries in which you have performed. Think instead of whom you have helped along the way, and how your creative research has inspired us to continue doing that which clearly is not always as easy, nor as habitually necessary, as we believe it to be. 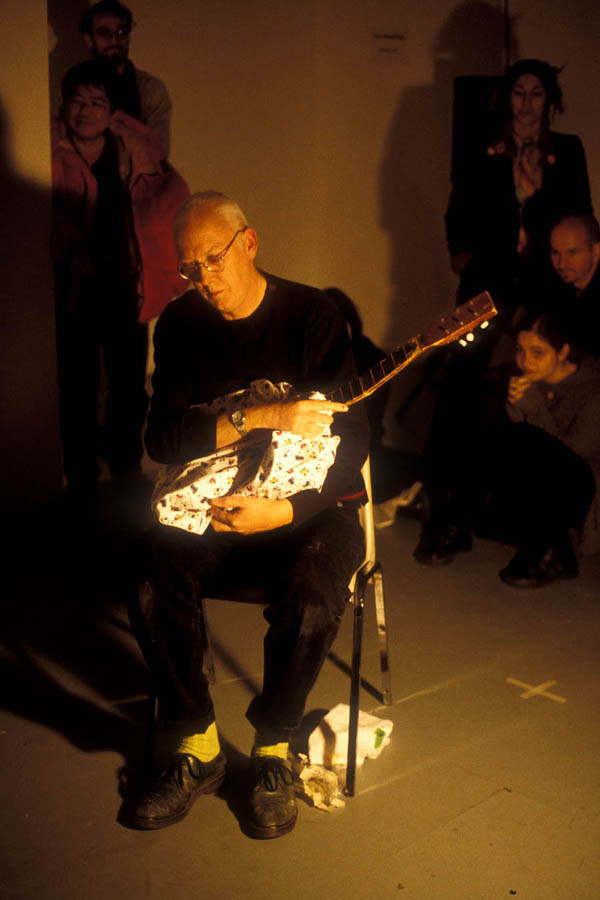 An audience-participatory work, Turning the page 2002 reworks a mid-sixties Robin Page Fluxus event. An introductory narrative plays to the mixed emotional responses possible when specific materials become extensions of our bodies in the executions of our work.

Since 1970 media artist and cultural critic, Clive Robertson has presented actions and performances in Canada, Wales, England, Holland, Germany, Poland and Japan. He is a member of the Group Therapy collective and annually organizes the student performance event, ARTHappens. Clive teaches contemporary art history and policy studies at Queen’s University. 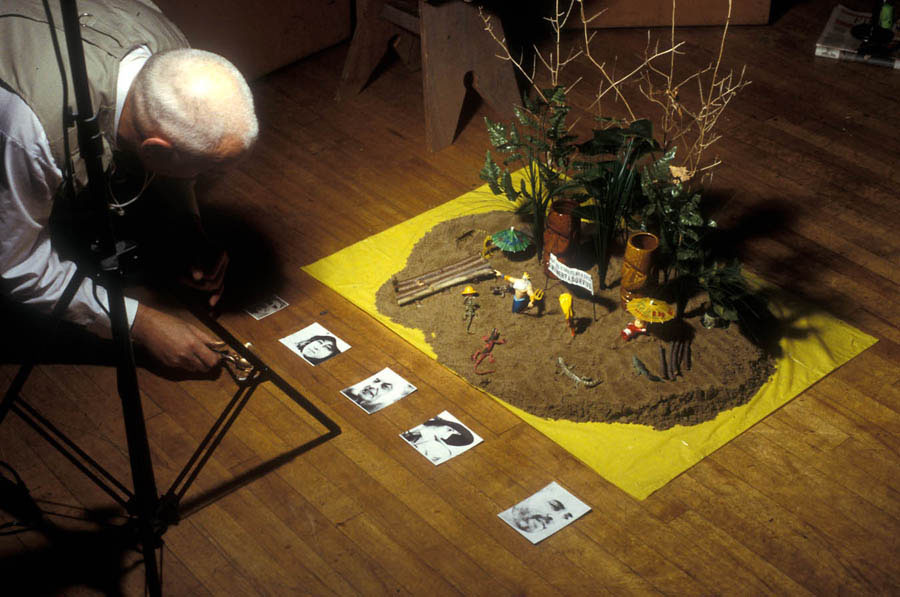 Master Class 5 was a collaborative experiment in performance image-making process. Five artists ranging from emerging to well established were brought together to join in a four-hour collective exploration of the formal, aesthetic and political concerns in performance. Performers created individual solo works with the understanding that through proximity, intervention and action, the performances might begin to interweave and inform each other. Particular attention was paid to the points of interactivity among the performers and with the audience. Clive Robertson constructed his performance as a series of discreet actions, moving between constructing tableaux in one corner of the room and performance gestures that would bring him out into the room to interact with other performers and audience members. Inherent in these actions were formal references to performance art history and works by such artists as Joseph Beuys and Allison Knowles.