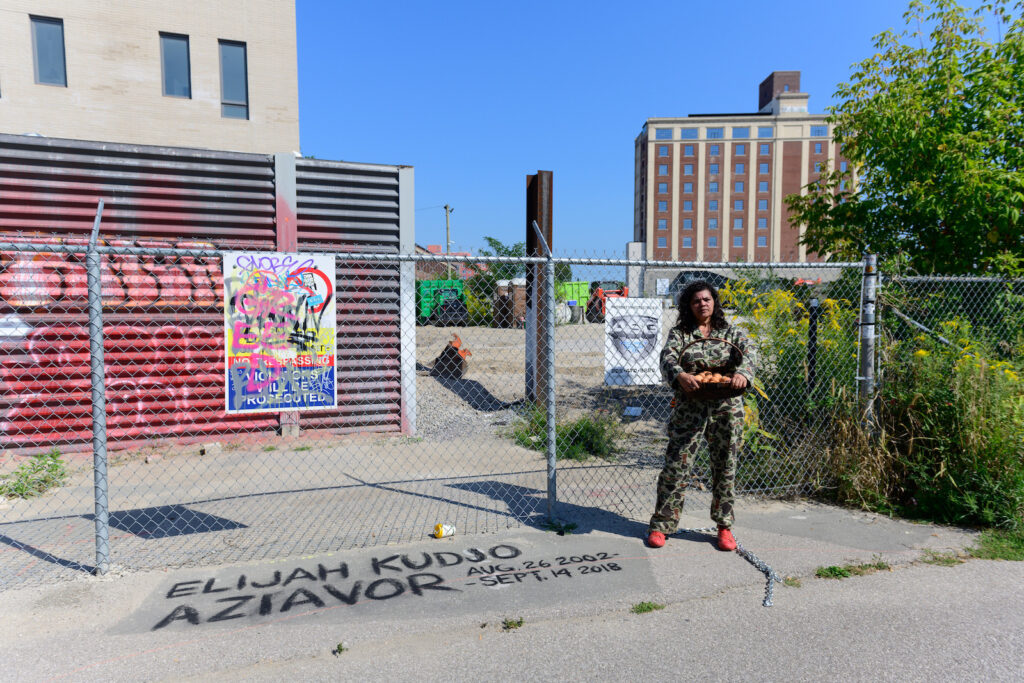 Path is a conceptual performance consisting of a series of tableaux and in some cases actions that represent both the loving and the destructive nature of humans. They represent various stages of a life journey in no particular order, exploring ideas of realization of the self, loneliness, as well as an honouring of nature. I am reminding myself also that we must celebrate the self.

Louise Liliefeldt is a Toronto-based performance artist and painter. Her work has been described as “iconographic portraits” and is predominately concerned with the politics of identity as it intersects with gender, race and class. She examines the cultural conventions of spectatorship and the links between emotional/psychological states and physical experience. The methodology of her performance art practice is shaped by the notion of always taking into consideration the significance of a site or changes in circumstance.

Thanks to the City of Toronto Parks, Forestry & Recreation’s Arts and Music in the Parks program for their support of this project. 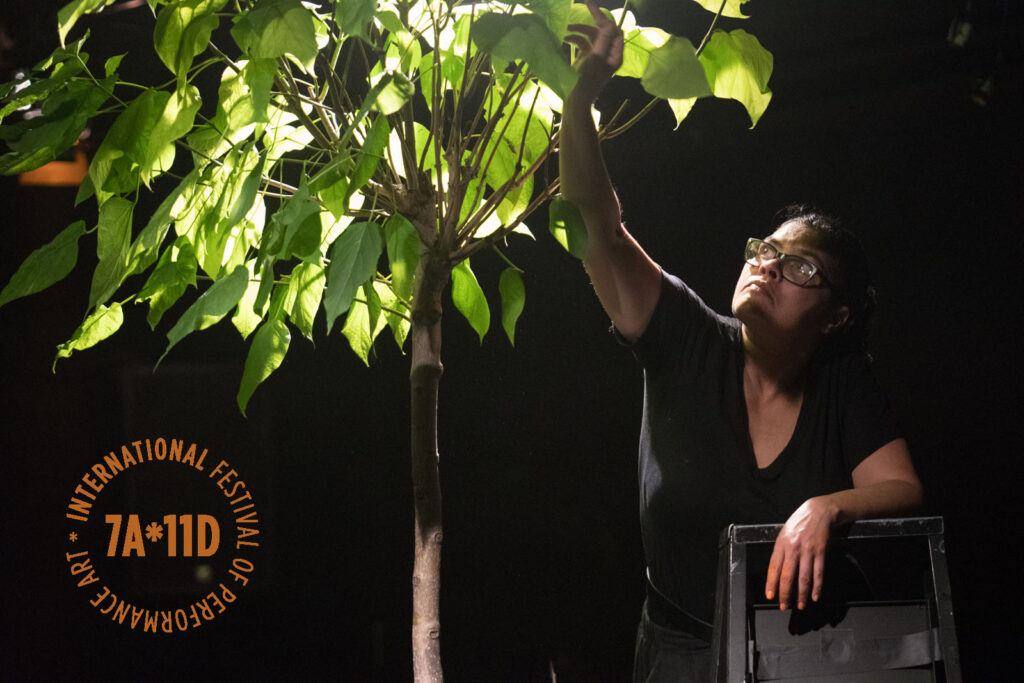 My performance work has been concerned with an investigation of personal identity as it relates to political and social representations of race and class. My work is often exemplified by long duration and action-based meditations combining subject and site. This new work contemplates the idea of home and commodity. One person’s trash is another person’s treasure is the psyche of this piece. Endurance and the ability to last is the heart of it. What does home look like?

Louise Liliefeldt is a Toronto-based performance artist and painter. As a South African woman who immigrated to Canada at a young age, my work draws directly from this culture and my lived experiences in order to talk about issues related to the ‘African,’ the ‘Coloured,’ and the colonialist. 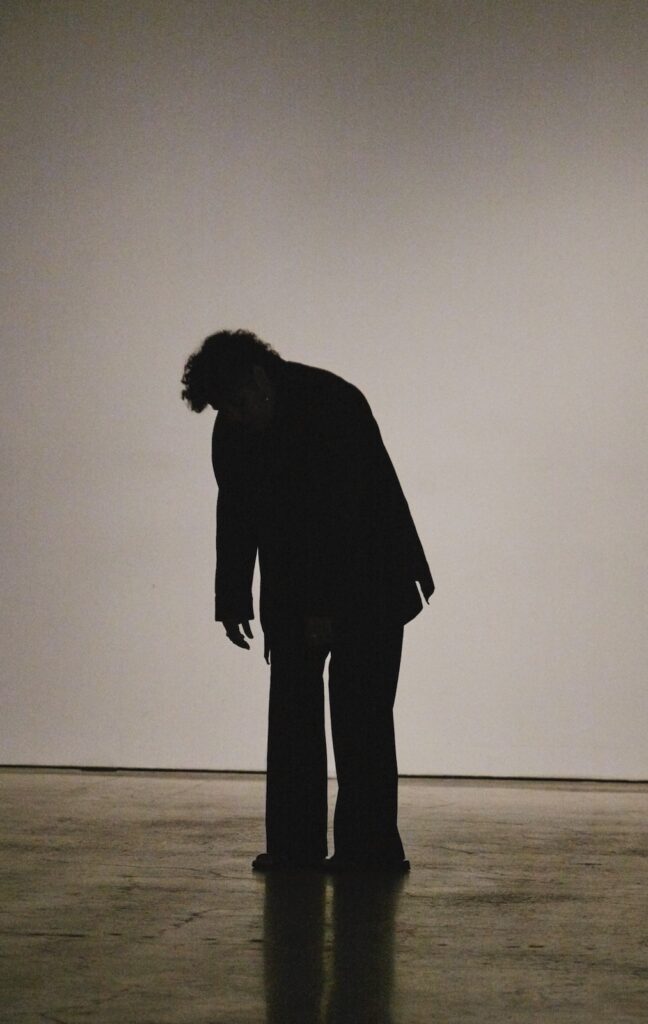 What Does It Mean To Forget?
Wednesday October 19 6 pm
Signy Eaton Gallery, Art Gallery of Ontario

What Does It Mean To Forget? is a durational performance that marks Liliefeldt’s return to the form. The work extends her previous explorations of action-based meditation on a topic and site, and features a series of tableaux examining notions of memory and trust.

In this new work I attempt to bring together two big subjects that have been on my mind for some time, murder and Dementia. It seems victims of murderous deaths have had their life cut short while someone living with Dementia has the pain of the loss of memory stretched out. One we are exposed to constantly, the other we know little about. How do images of murderous death affect what we remember, how much we forget, and what the things we forget about are? What
is it like inside the mind of a person suffering from Dementia? What is remembered and why? There are too many questions to answer, so I am simply creating images and actions that are representations of my many thoughts, experiences and confusions. Performed with the body of Diane McGrath.

Louise Liliefeldt is a Toronto-based performance artist and painter. Her work is concerned with the politics of identity as they intersect with gender, race and class.

Co-presented with the Art Gallery of Ontario. 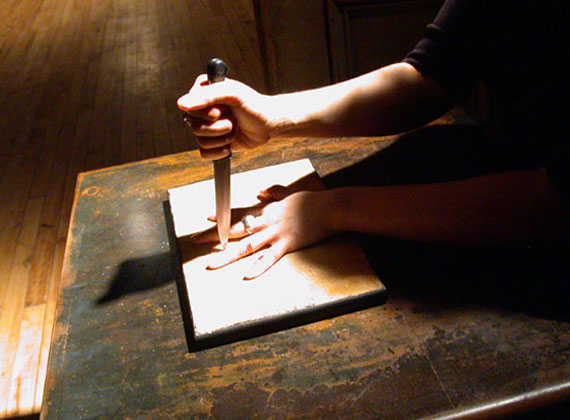 LIFE=ART=LIFE is designed to be an exploratory forum evaluating the past and present trends of performance art in the context of everyday life.

Toronto based painter, teacher and curator, Louise Liliefeldt, is today highly regarded internationally as a performance artist. Her work is often presented in a public setting where she installs herself in site specific locations, creating environments that incorporate self made objects or video projections. Liliefeldt’s concerns focus on political issues of gender and race, cultural conventions of spectatorship and the links between expanded emotional and psychological states with the physical experience. She is a member of the Shakewell Performance art Collective, Class Act, and is co-founder of 7a*11d International Festival of Performance Art in Toronto. 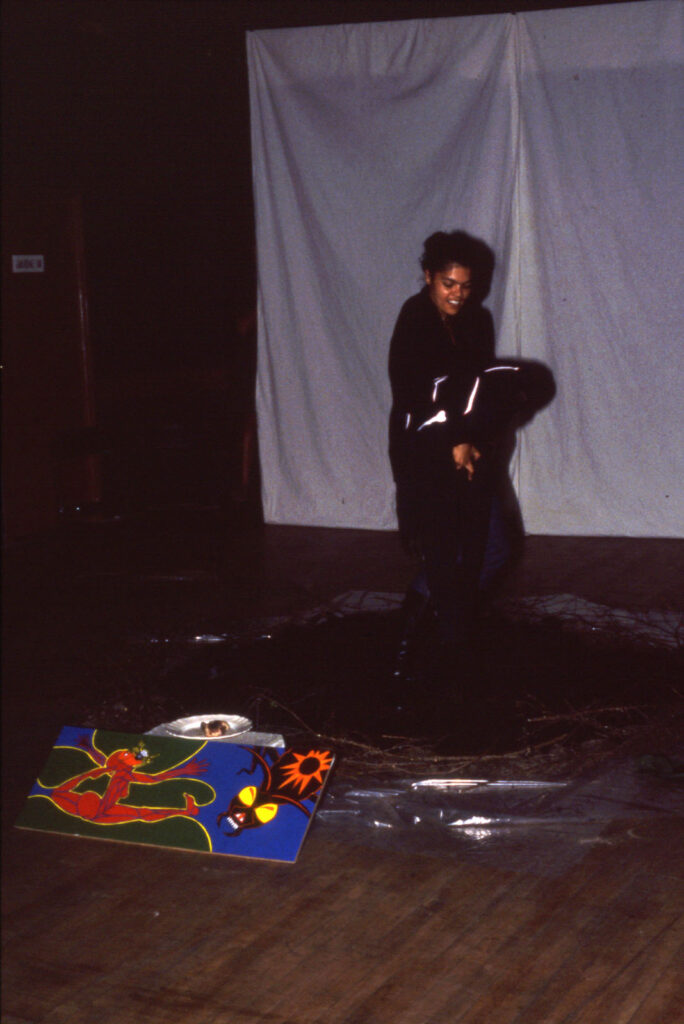 Louise Liliefeldt is a multidisciplinary performance artist. She graduated from the new media department  at OCA in 1992. A member of the Shake Well collective and frequent volunteer at Symptom Hall, Louise has also worked at Vtape for the past four years. As a mixed race woman and a native of south Africa, her work deals predominantly with identity. Since late 1995 Louise has been creating multicoloured and multidimensional environments in a number of storefront windows in downtown Toronto, most recently in Pages’ storefront window for Rencontre Performance, organized by FADO and curated by Sandy McFadden.