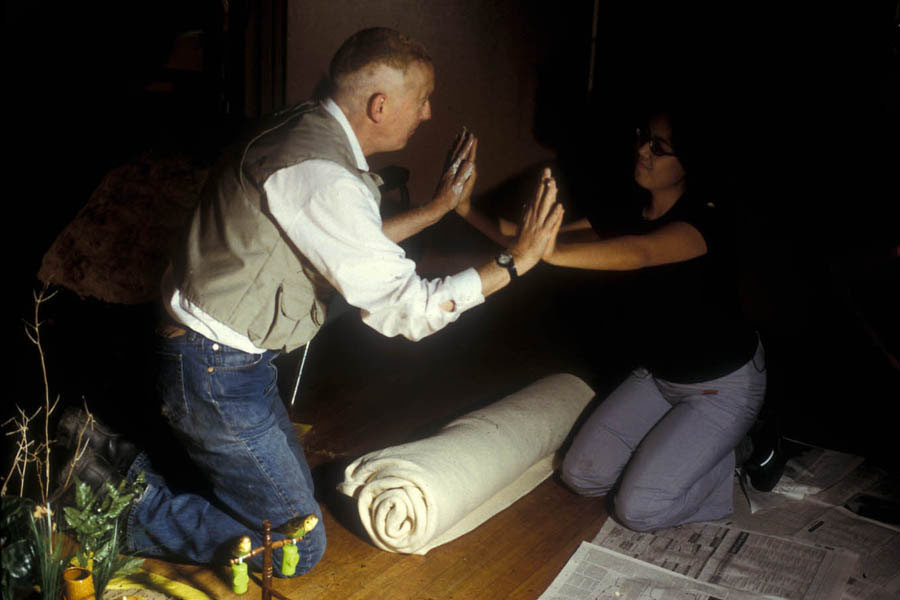 Master Class 5 was a collaborative experiment in performance image-making process. Five artists ranging from emerging to well established were brought together to join in a four-hour collective exploration of the formal, aesthetic and political concerns in performance. Performers created individual solo works with the understanding that through proximity, intervention and action, the performances might begin to interweave and inform each other. Particular attention was paid to the points of interactivity among the performers and with the audience. Jessica Lertvilai played with mimicry, using a live video feed from a camera placed in the centre of the room that could be swiveled 360 degrees to point anywhere in the room. Imitating whoever came within the camera’s field of vision, Lertvilai’s actions ranged from subtle (standing motionless and indistinguishable from other motionless audience members) to blatant and sometimes frenetic mirroring.