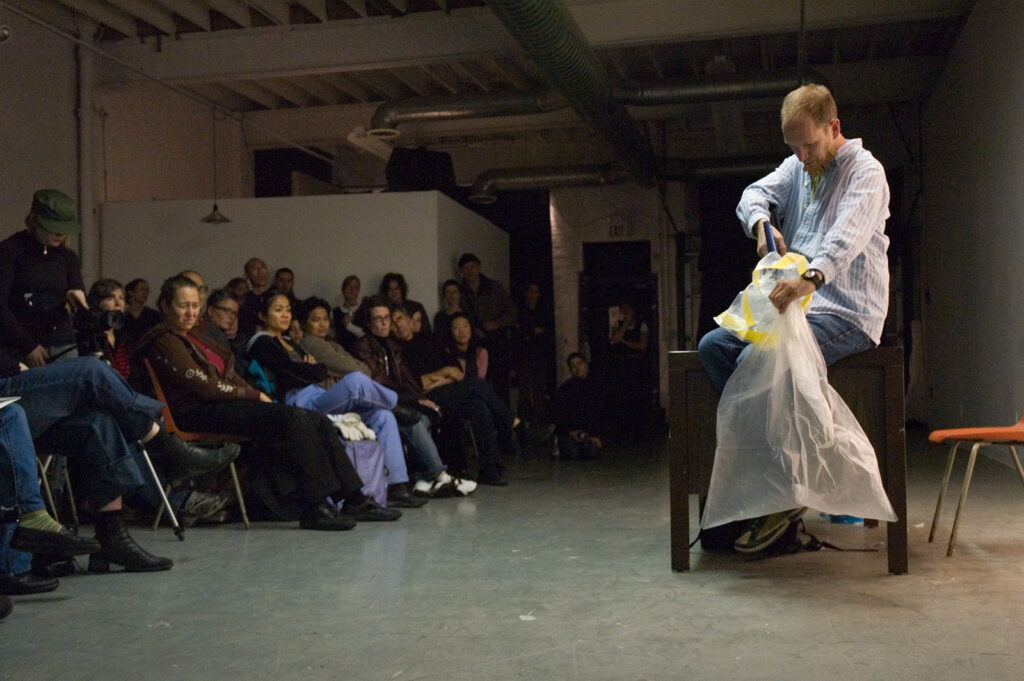 Twenty-five years into the AIDS crisis, political language is failing us, promising cultural initiatives have stalled, and the social imagination is exhausted. But images remain: body, body fluids, trust, betrayal. The unanswered call of the twenty-first century North American faggot is to redefine community in a way that removes the gap between HIV+ and HIV negative.

Ed Johnson is a Toronto-based performance artist whose solo and collaborative performances have been presented at festivals, galleries and artist-run centres in eleven countries at sites such as Artemisia Gallery (Chicago), VAV Gallery (Montréal), and Sophiensaele (Berlin). Focusing on issues of display, his current work addresses shifting sexual politics in the age of AIDS. 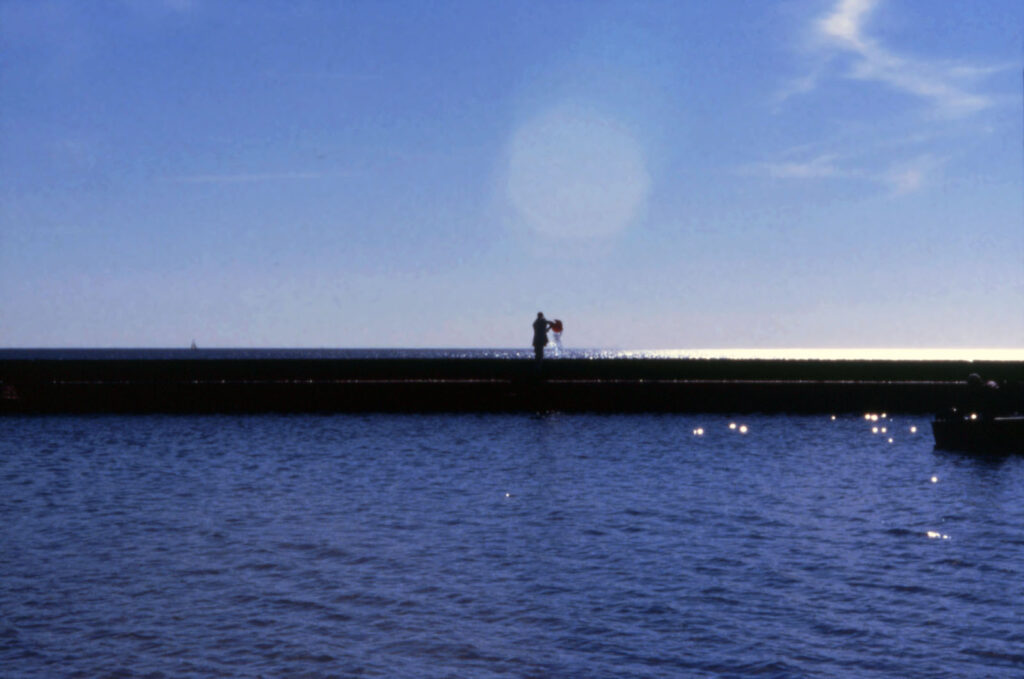 Ed Johnson plans to create a visual tableau on the Lake Ontario breakwaters at the western edge of the city. His piece will echo Sisyphus, as he toils, hour by hour, taking pails of water from the calm bay between the breakwater and land and pouring them back into the lake side.

Ed Johnson is a performance artist, actor, writer and director whose work has been featured at 7a*11d, Buddies in Bad Times, the Theatre Resource Centre and various other local venues as well as in several films by local experimental auteur Mike Hoolboom. 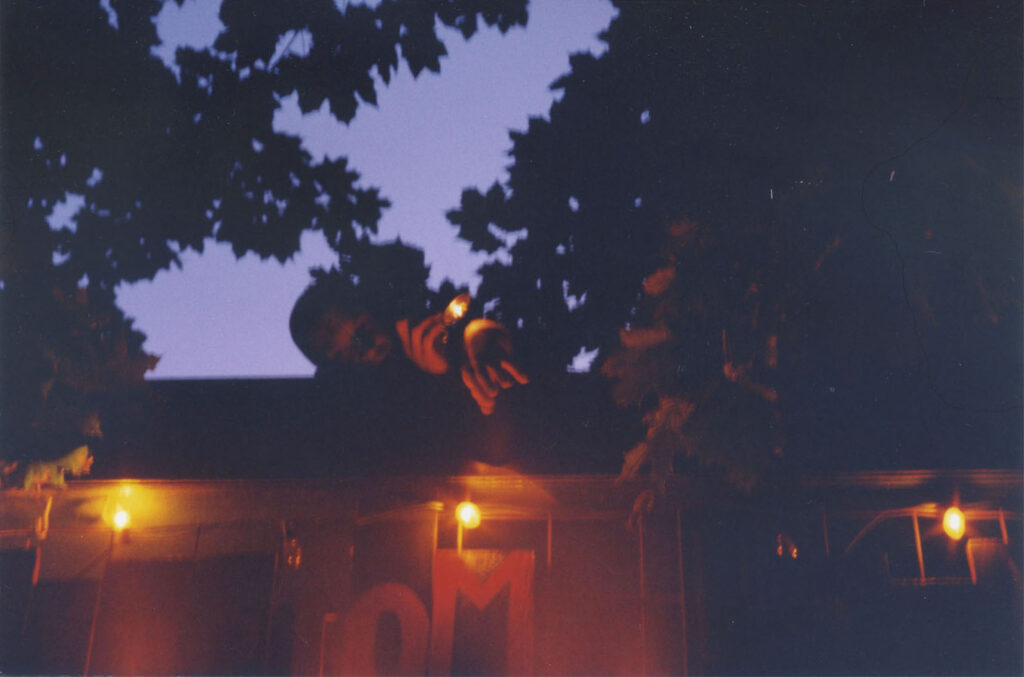 Craving sensation, we quickly learn to set in motion whatever is needed to satisfy our expectations.

Ed Johnson is a founding member of FADO whose background includes performance art as well as clown, bouffon, acting, writing and directing. His work includes an original 6-hour  performance work for Five Holes: I’ll Be Seeing You as well as a window performance called Words Of Love So Soft And Tender presented at Pages bookstore as part of Rencontre Performance. He also directed Paul Couillard’s performance pieces Scorched Earth (Modern Fuel Gallery, Kingston) and The Washroom Suite (Modern Fuel, Hamilton Artists Inc.), as well as co-creating the installation setting for Askance. His work deals with issues of gay identity, sensuality, sexuality, politics and power.