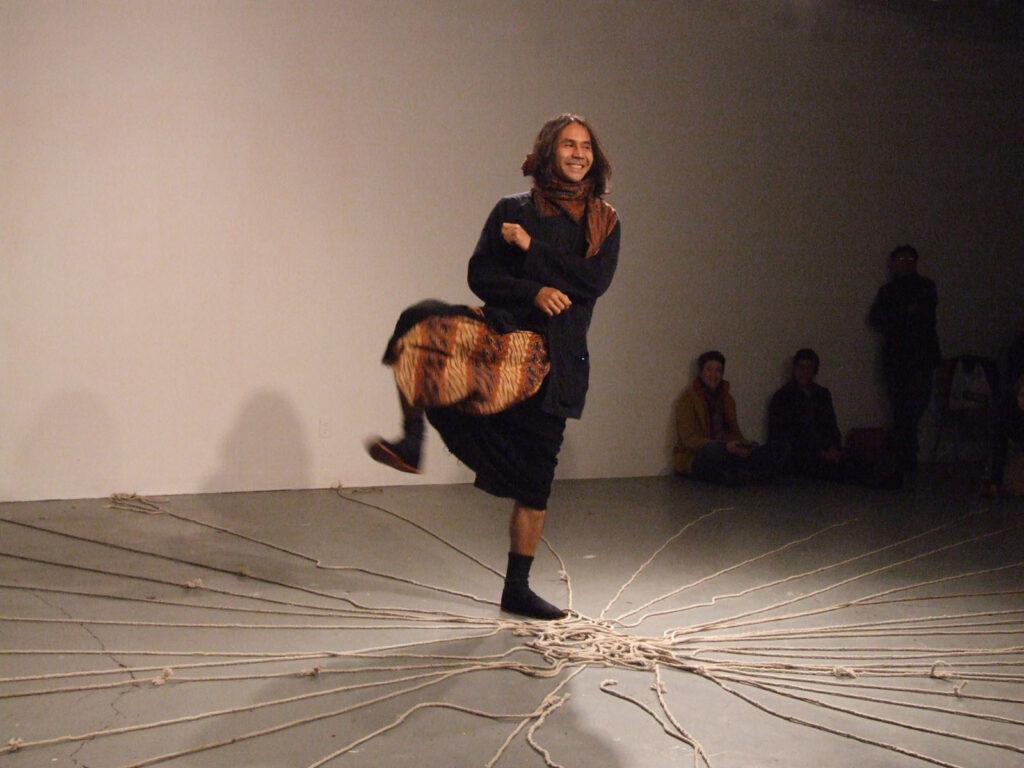 People seem to be always interested to view the bad sides of other people and they are not interested in their positive sides. It is also my firm belief that people have got ability to cheat, exploit and even hurt other people. On the other hand, people have a conscience that leads them to goodness. Conscience categorizes our behaviour of hurting and exploiting others as bad, inappropriate behaviour, as evil one. This kind of bargaining between these two sides (good and bad poles) has been a basic of people relationship. History has pointed out that there have been many moments when people released their evil side, their dark side. It is war. War is organization of human capacity to hurt and destroy others. These facts imply that collectively people can create evil deeds and actually, at the same time, they can also create the opposite.

Yoyoyogasmana’s first performance was Blah-Blah War, with Rudi St Darma in 1989, and he continued doing performances almost every Wednesday morning as he studied in the Fine Art Dept. at IKIP, Bandung from 1992 to 96. His work came to critical attention in 2000 with a three-day solo performance. He began to focus completely on performance and to see its potential for world wide impact. Yogasmana’s work speaks to political issues, to the power behind authority, and to humanity. He uses performance as a way to investigate his personal abilities, and to observe people’s sensibilities when they interact in his works. Yogasmana is the founder and director of B+PAC, the Bandung Performance Art Community, and is a Director of LINKART, connecting West Java arts of all mediums