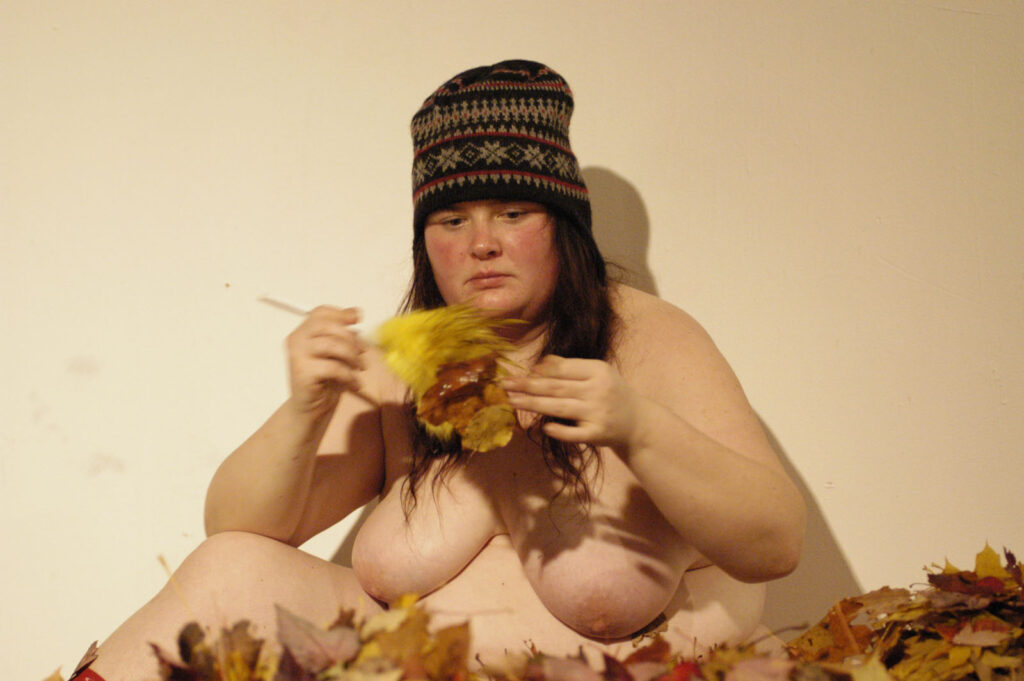 For me it is more and more interesting to play with the places in which I perform. A picture cannot explain a place, I need to stand on the street corner and smell the atmosphere. I see the people on the street and gauge their willingness to interact. Image of Toronto will be a spontaneous performance created in response to the geography and community of Toronto.

Herma Auguste Wittstock lives and works in Berlin, Germany. She is an active member of the Independent Performance Group, a collective curated by Marina Abramovic. Wittstock has presented performances at the Avignon Theatre Festival (France, 2005), PS1 (New York, 2003), the Venice Biennale (Italy, 2003) and the Museum of Modern Art (Dublin, 2001).