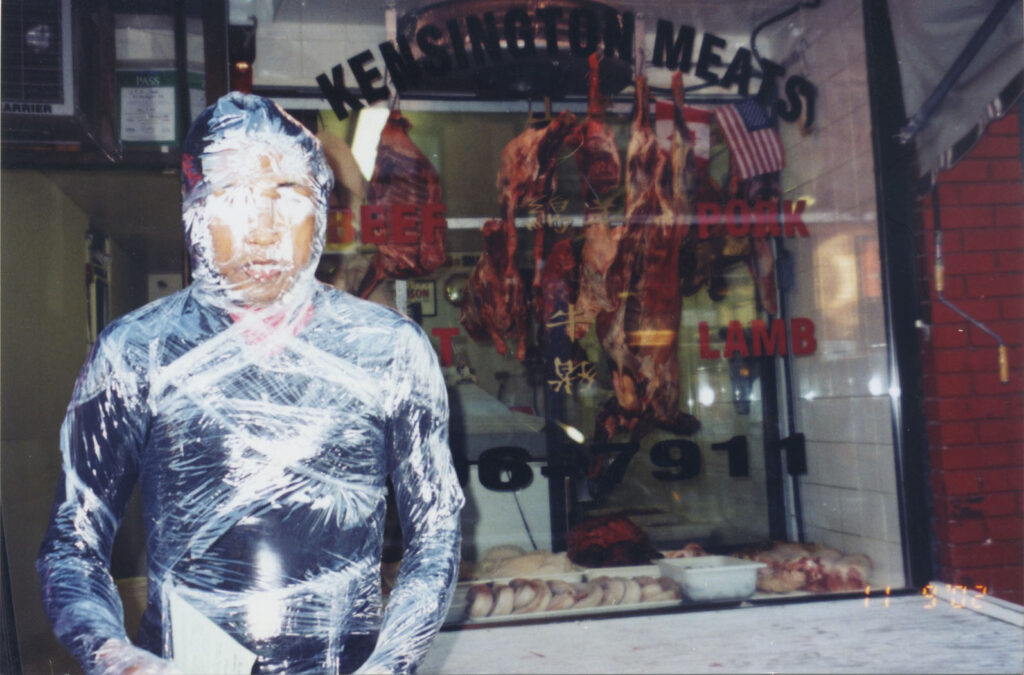 The Rootless Man: What U can give to Nature, not what U can take from Nature
Saturday November 2 8 pm
Art System

Fado’s Public Spaces/Private Places is a three-year long international series exploring the elements that turn neutral ‘space’ into meaningful ‘place’ through performances that examine the degrees of intimacy, connection and interaction that mark the dividing line between public and private. The series explores the points where identity and geography intersect to generate meaning

In relation to The Rootless Man, Wijono writes, “We live on the earth, we need the earth; we need food and water from the earth. But modern people little by little have distanced themselves from the earth; they want to conquer the earth, benefit and profit form the earth without having to take care of it properly. Most modern people from morning til night do not even touch the earth, everybody wants to be a businessman or millionaire, nobody wants to be a labourer or farmer, nobody wants to get their hands dirty. Forests have been felled in the name of industry, villages increasingly become cities or ghost towns, where villagers move to the cities When the earth is plagued by disease, there are no longer any forests or clean water, dollars can buy nothing!”

Body for Rent / Body for Auction will take place at Art System and the surrounding areas (Chinatown, Kensington Market). On Thursday and Friday, Iwan Wijono’s body will be on display. Then, on Saturday, members of the public are invited to auction or rent his body according to negotiated terms. This intervention considers the consumer world, and the trend to connect all communication to commercial relationships.

Iwan Wijono was born in 1971 in Central Java. While studying international law in Jogjakarta he became active in the pro-democracy movement against the Suharto regime. He eventually enrolled in the ISI (Indonesian Art Institute), where he began looking for a practical form of art that would express his political ideals. His early performance art activities on the street have evolved to include arts events both locally and internationally. This is his first performance in Canada.