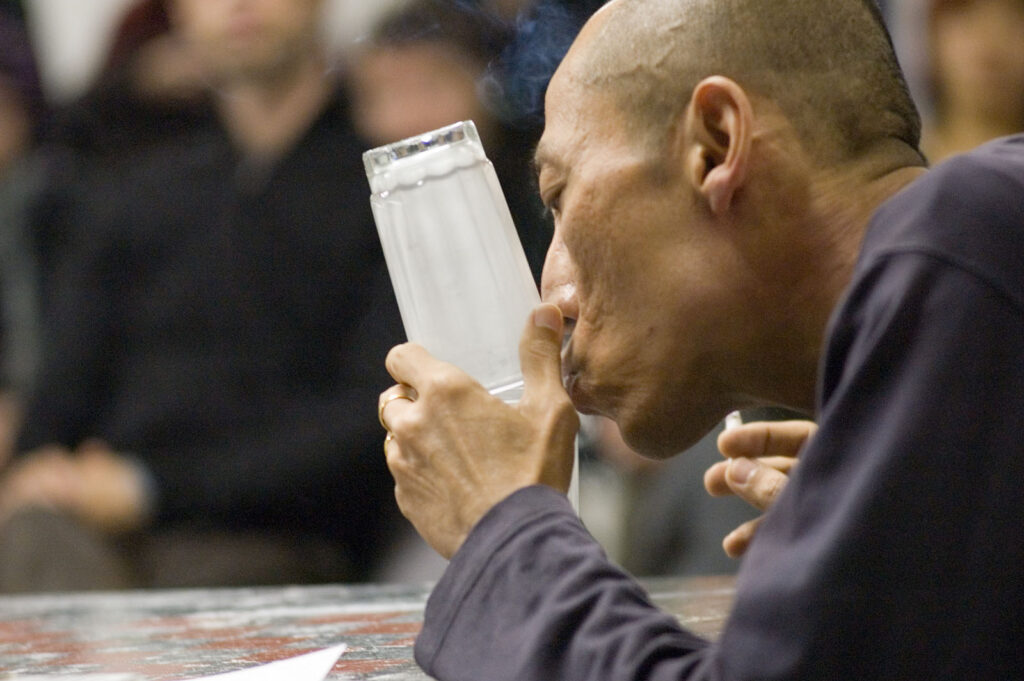 I work with a loose structure in order to respond more spontaneously to different situations and contexts. This free-form nature allows me to play with an open-ended vision of identity and social relationships. The actions provide an image for contemplation. The processes of making rituals in contemporary ceremony are a search for the discovery of self in society, society in self. Our crises sometimes manifest as madness on the outside, however, there is an attempt to maintain peace within.

Lee Wen’s performances and installations often expose and question the ideologies and value systems of individuals as well as social structures. Born in Singapore, Lee lives and works extensively on a global circuit exhibiting at events such as the Busan Biennale (South Korea, 2004), the 3rd Asia Pacific Triennial (Brisbane, 1999), and the Sexta Bienal de La Habana (Cuba, 1997). In 2003 Lee initiated The Future of Imagination in Singapore, an international forum for the presentation and documentation of performance art. Since 1999 Lee has also worked with Black Market International.