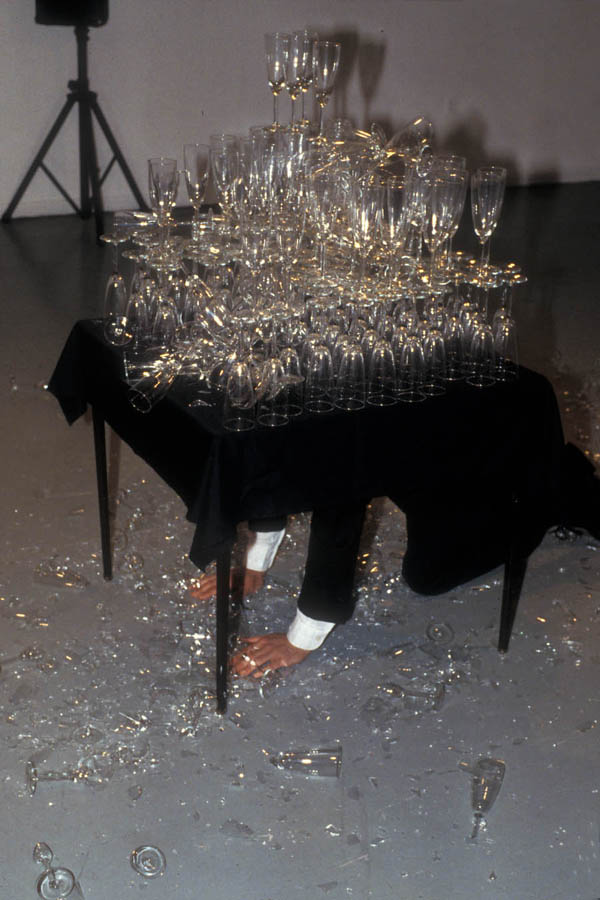 The events of September 11th and the global news have been the starting points to this work. The words heard throughout the performance are identified with champagne glasses piled on the table and falling from the table.

Roi Vaara has been most active in Finland becoming the country’s most internationally recognized performance artist. His work emphasizes an aesthetic discourse between the artwork and its specific place or situation, rejecting the objectification of art destined for a vacuum. His work in performance art since 1982 has been conceptual, absurd and humorous. Since 1988, he has been part of Black Market International, an international, collaborative, occasional meeting of performance artists whose work proposes performance art as a simultaneous form of communication. During the last decade Vaara has exhibited his work extensively throughout Europe, as well as in Canada, Mexico, South Korea, USA, Japan and China.