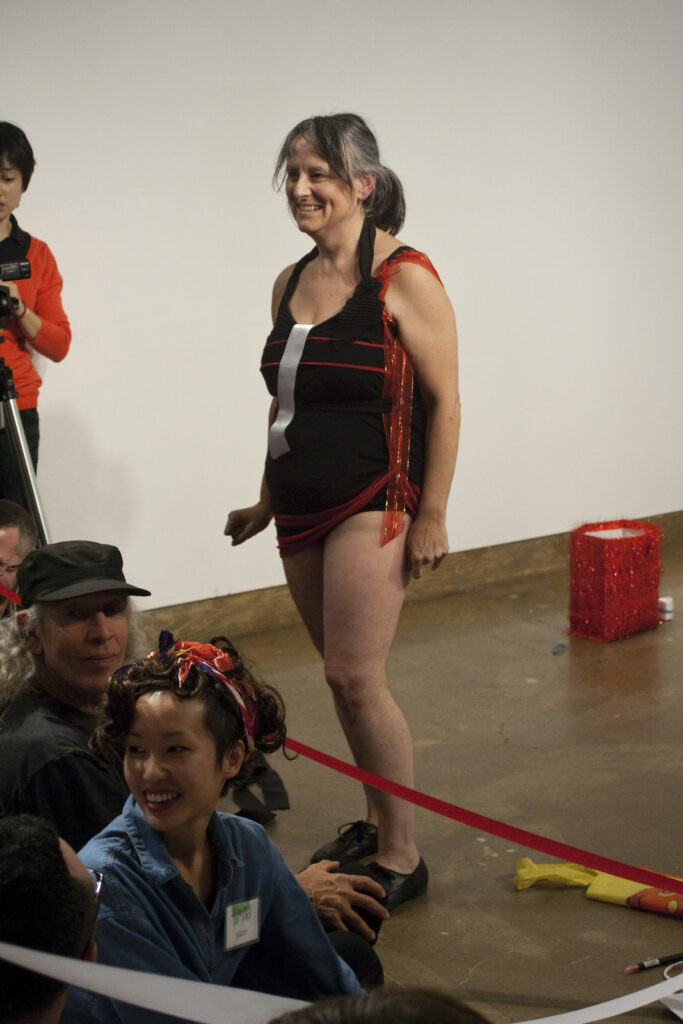 Since 1978, I have produced public performance actions and written about other artists’ practices. In 1984, I began offering intensive workshops for groups. These three fields of action inform my research into the manifestations and awareness of the performative.

From the beginning, I have tried to foreground the transformative potential of performative actions. Very simple actions conceal a complex intimacy, mundane objects take on unsuspected meanings, the embodiment of presence generates a great power of ritualization. Within this exchange ground of the here and now, nothing is taken for granted. Is it my capacity for letting go, outside of what I view or imagine, that transports me to the heart of ‘otherness’?

In performance situations or in the context of projects dealing with a relationship to the Other, I often invent one-off rituals, using trivial objects and simple gestures. I try to actualize the transformative power conveyed by human presence: integrity, intimacy, the coexistence of differences, belonging to the social, the evolutionary power in the perception of the present.

While my actions may appear simple, they reflect complex worlds, multiple sensations, small truths worth questioning. Thus I avail myself of analogy, of metaphor, of the coexistence of extremes, of a certain deadpan humour, and of a fragility altogether … redemptive. My individual research within several artists’ collectives and with the participants of my performative workshops has led me almost imperceptibly to develop a lexicon, a practice of presence, an active pedagogy around awareness of the present time, authenticity, state of mind, and the channelling of gestures. I have developed notions such as the dynamic of motivation-connection-amplitude-action; the in-between action; etc.

In 2006, I began a collaboration cycle with different performance artists based on shared dialogue, where the performative attitude forms an integral part of the principles of co-creation. For 7a*11d, I plan to develop performative actions in collaboration with two performance artists from Toronto with whom I have never worked [Simon Rabyniuk & claudia wittmann], knowing that I am not fluent in their language. In my solo performance at the end of the residency, I will emphasize the transformations to my performer self manifested by my stay in Toronto.