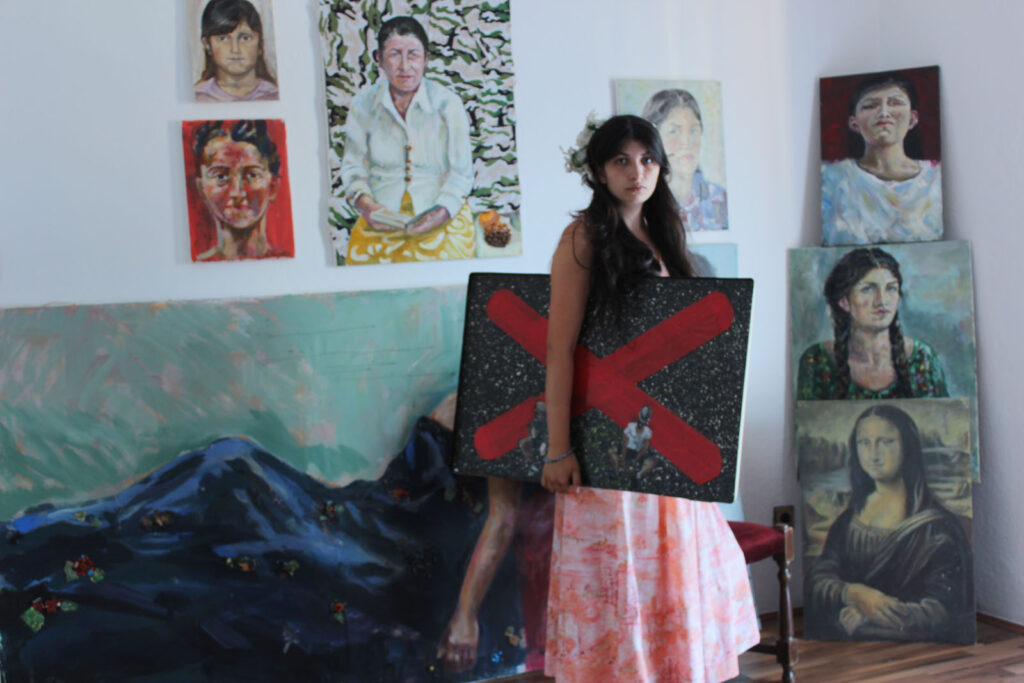 Selma Selman, artist and activist, was born in 1991 in Bihac, Bosnia. She lives and works in the USA and Europe. Her works have been shown internationally, including Hero Mother at Kunstquartier Bethanie, Berlin (2016) and Identification – Field exercises after Katalin Ladik at acb Gallery, Budapest (2017). Her solo shows include You Have No Idea at agnès b. Galerie Boutique, New York (2017) and I exist at Gallery Schleifmühlgasse 12-14, Vienna (2016). Selman defines herself as an artist of Roma origins, and not a Romani artist, a subtle, yet critical distinction in her work. Her aim is to break down the prejudice that essentializes her community to the lowest common denominator, denying them the right to self-expression. Selman uses her personal background as a lens through which she can understand the universal human condition and its idiosyncrasies. She earned her Bachelor of Fine Arts in 2014 from Banja Luka University’s Department of Painting. She is currently pursuing her MFA at Syracuse University, NY, where she is also teaching art. 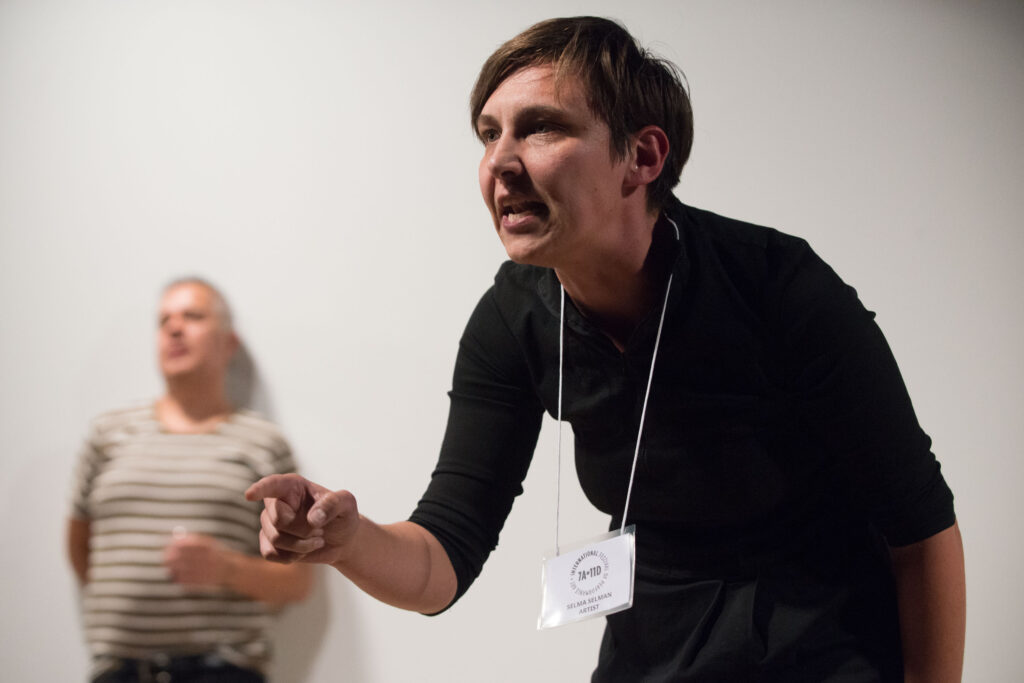 You Have No Idea
Tuesday October 18 7:30 pm
Geary Lane

My art constitutes my reality and my way of living. Growing up in the ghetto and being identified as one of the ‘white’ girls in the Roma community has given me a particular view of the world. My ethnic identity and the experiences of living without a nation as part of the largest and most persecuted minority in
Europe inform my research and artistic expression.

Selma Selman (b. 1991, Bosnia and Herzegovina) works in media ranging from performance, painting, and photography to video. Selman defines herself as an artist of Roma origins, and not a Romani artist. The difference is subtle, but critical: through her work, Selman seeks to speak to the universal human condition, utilizing her background as a lens through which she can understand the entirety of the human experience. She wishes to break down prejudices that essentialize her community as a collective, robbing members of their right to individual expression. She earned her Bachelor of Fine Arts in 2014 from Banja Luka University’s Department of Painting and is currently pursuing her MFA at Syracuse University.