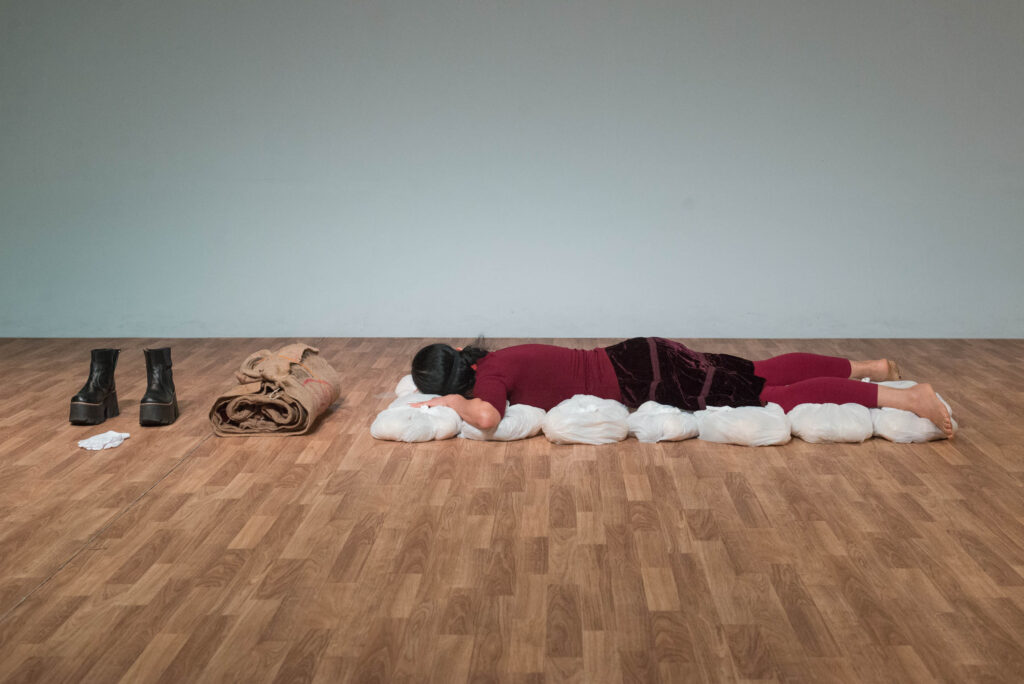 Graciela Ovejero Postigo, compelled to the unanswerable / before language there was the earth 7a*11d 2016 PHOTO Henry Chan

compelled to the unanswerable / before language there was the earth
Saturday October 15 7:30 pm
Geary Lane

A tale to be imagined. Over and over, unanswerable as perhaps also unwriteable. Between the agony of the real and the pragmatic urge of what we have being referring to as utopia. An epic dream that lives among dissolving forces and the everyday toxicity of invasive imagery. South situated, I shall attempt to trace a promising pulse, while reflecting on the expansive specificity of action/performance art as a fundamental and archaic human endeavor.

Graciela Ovejero Postigo’s artwork departs from, and moves through various ‘in-betweens’ and peripheries—northwest Argentina, southwest California, performance, installation, photography, the moving image, and the relational—conceived as an ongoing corporeal writing as a means for poetic reconfiguration of the given. She is founder-director of Peras de Olmo—Ars Continua (2011), a non-profit venue focusing on performance and time-based art forms in Buenos Aires as an ongoing relational art project, collective archive construction, personal lab and offering.