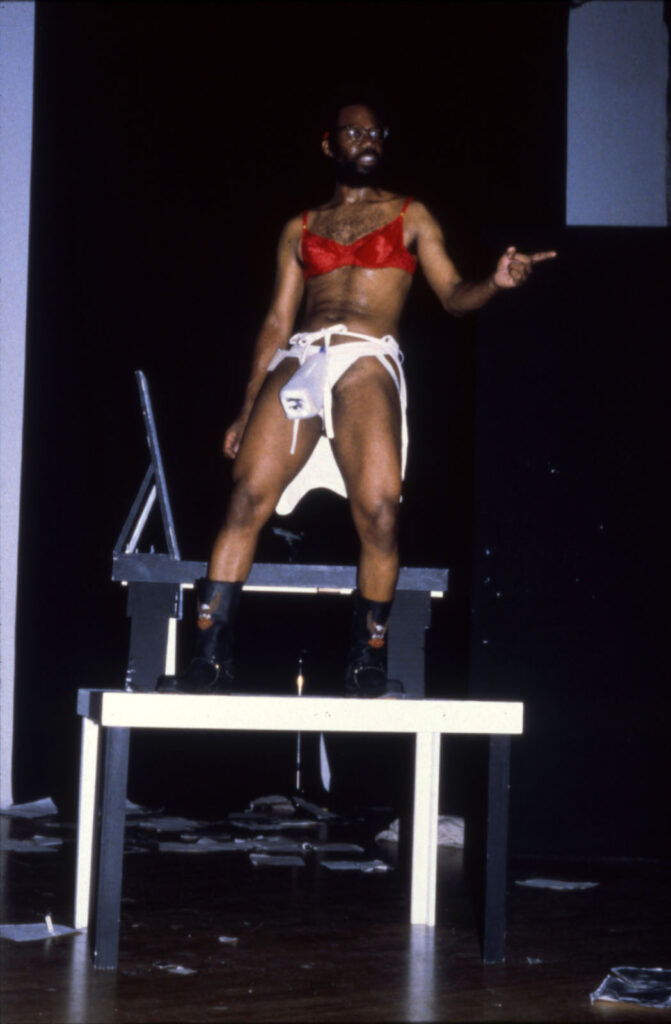 Curated by Johanna Householder and Louise Liliefeldt as part of Hybrids

William Pope.L is a black American artist who teaches in Maine. He is best known for his piece Eracism, a consideration of the social, economic and personal factors that allow American racism to exist. Variously called a lecture, a confession, a rant and an endurance test, this work treads an edgy line between explosive invective and a sympathetic just-plain-folks attempt to work out the details of the business of living.