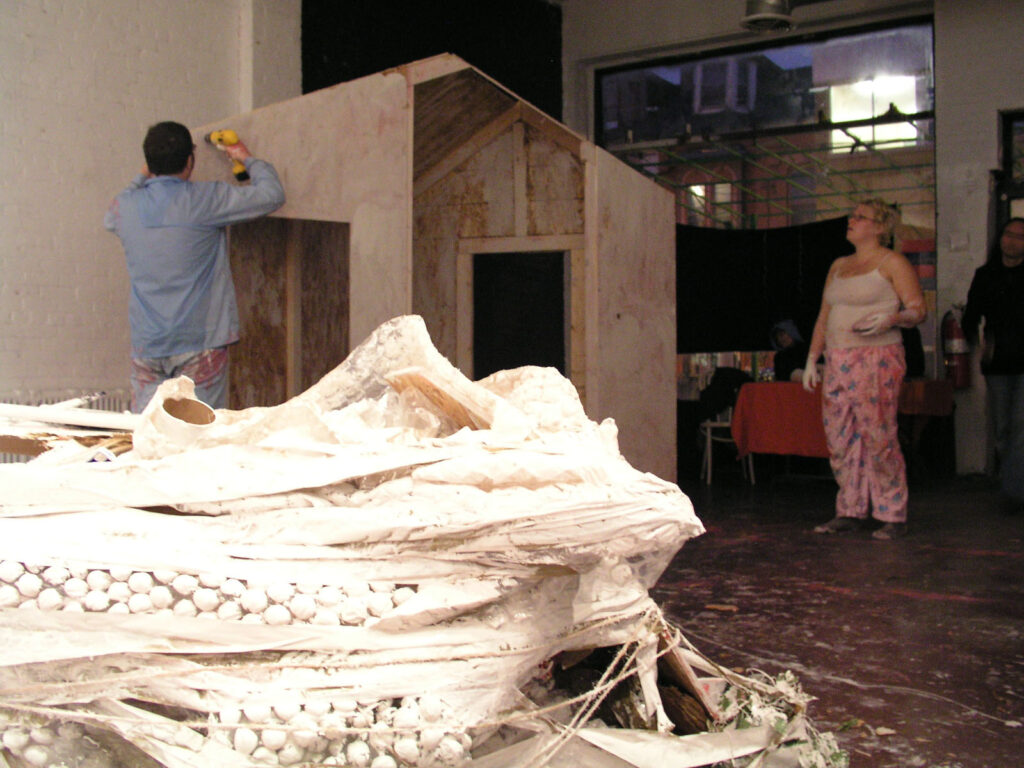 “We are investigating the modern phenomenon of home improvement as spiritual quest. By approaching suburban shelter with the outdated languages of the sexual freedom and self-improvement “religions,” we hope to find the historical continuity among all three and find what our culture is really seeking in slate floors and chromed bath taps. By turning the act of home improvement into an orgiastic performance ritual, we will simultaneously manifest the touching absurdity of consumer life and create a shamanistic/religious spectacle from the base materials of bathroom and kitchen remodeling.”

Tamara Paris + Matt Fontaine have been collaborating since 2002. With a background in experimental theatre, their performances often straddle the controversial line between performance art and drama. Their work deals with American consumer mythology and the spiritual consequences of technology and the hedonic treadmill.