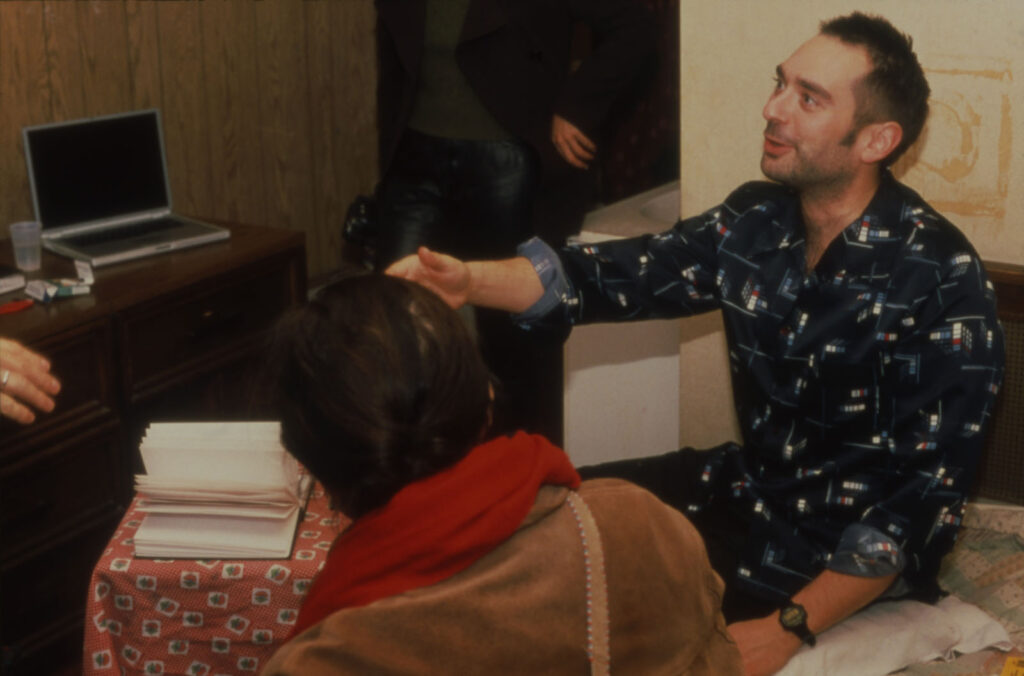 Benjamin Muon is an intermedia artist practicing concrete performance art, live electronic music and performative projects for radio and mass media. He studied musical composition and theatre with artists from the National Academy of Fine Arts in Indonesia, Roy Hart Theater and Zaj. He has an MFA in electronic arts from UQAM (Université du Québec à Montréal). From 1999 to 2001 he worked for the CBC (Canadian Broadcasting Corporation), producing concerts, recordings and radio programs about new music, sound poetry, audio art and radio art. He also produces performance art works for alternative mass media such as digital radio and corrupted Web streaming. As André Éric Létourneau, he is a frequent contributor to publications and catalogues about performance art, and has written for Canadian art magazines including Inter, Parallelogramme and Esse. He currently teaches art history at Collège André-Grasset and works as an independent curator. Since 1987, he has presented more than 50 performances in 10 different countries. A monograph of his work was published in 1997 by AKI in Enschede (the Netherlands) as part of the visiting artist program Pepinières Européennes. In 2000, he toured the United States with his performance piece Table. His first solo music CD will be released by Squint Fucker Press in 2002.