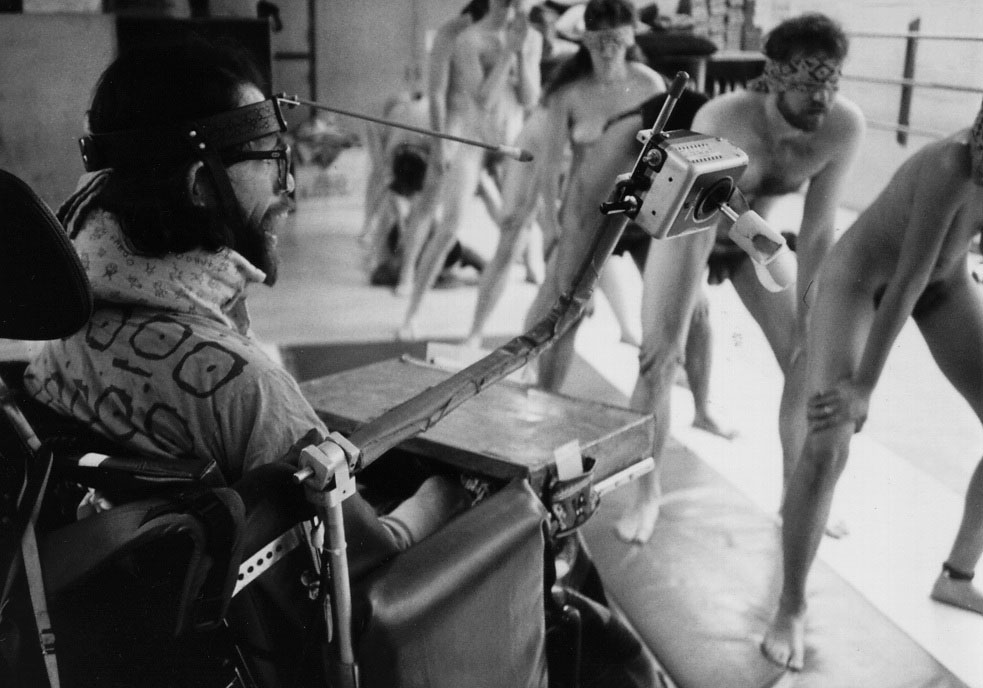 With Michael LaBash and Linda Mac

Frank Moore is a ‘notorious’ U.S. multimedia artist whose work has been targeted by Jesse Helms. Born with a severe case of cerebral palsy that leaves him unable to speak or walk, Frank has gained an international following for his work, which includes performance, painting, writing, a website called the Web of All Possibilities and the publication of a ‘zine called The Cherotic [R]evolutionary. Calling himself an artist shaman and working with a broad network of artists that include CHERO — himself, his wife Linda Mac and their live-in colleague Michael LaBash — Moore creates performance works that speak directly to the isolation of our separate bodies and confront the taboos that surround nakedness, physical contact and erotic play.

Michael LaBash and Linda Mac, both live-in partners and collaborators in Frank’s work and life, will perform with him as part of his piece.