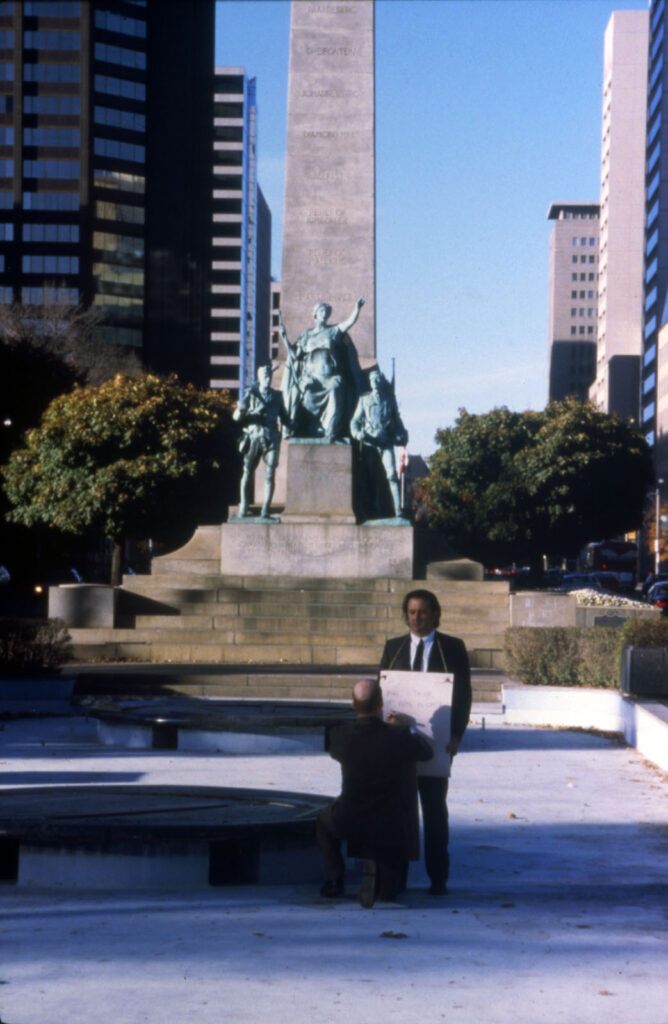 men of the world — a.k.a. Mark Alice Durant and Mathew Wilson — use public settings to stage what they call ‘powerful social gestures’. Taking everyday actions such as shaking hands to unlikely extremes, they simply begin these gestures without introduction or warning, inevitably attracting the attention of curious bystanders. They often recruit local performers to join them in these unexpected interventions, as with their piece Laughing at the Time, in which people converge without warning in view of a public timepiece and spend a half hour looking at the clock and laughing. Their only explanation to passers-by is that they are ‘laughing at the time.’