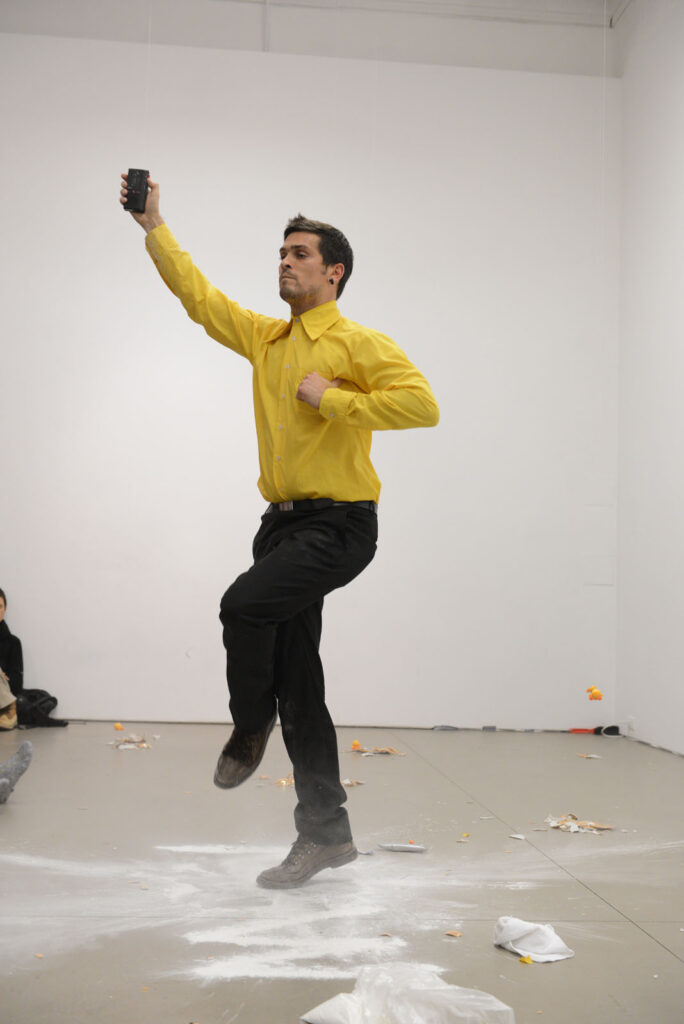 The performance addresses the impossibility of grasping the NOW; its awareness exists only in memory. The performance attempts to speculate on the present instant, unfolding actions into an impossible chronology of past events. These events highlight specific contexts and landscapes that reflect on collective memory and individual awareness.

Márcio Carvalho was born in 1981 in Lagos, Portugal. He considers himself a strategist operating within cause-and-effect systems, building life-processes through his choices. He works as an artist, researcher and curator with an interest in poetics, mythology, politics and analytical psychology. He holds a Master’s Degree in Visual Arts, and will defend his Master’s thesis in Performing Arts at the Universität der Künste Berlin in 2013. He is the founder of The Powers of Art, the first international TV Show dedicated to performing arts and paranormal activity. He founded Hotel25, an artist residence program in Berlin, and along with Dr. Bonaventure Soh Bejeng Ndikung and Savvy Contemporary founded and currently curates the performance art program CO-LA B editions.