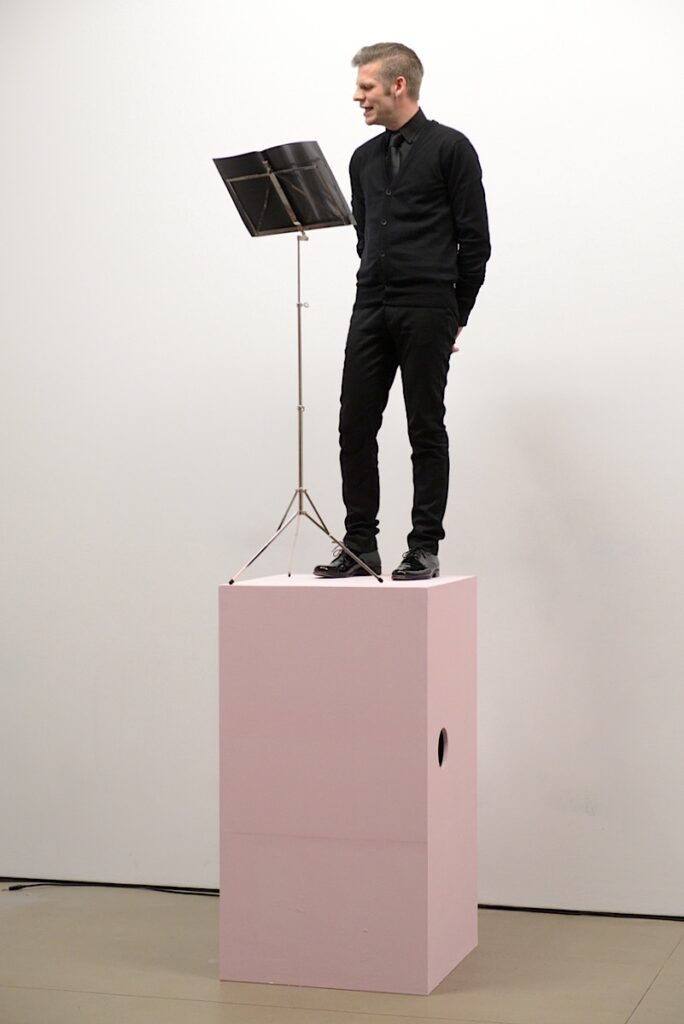 I am telling a story. The story I am telling is about myself from my times in Iceland. I only show my one hand to the audience, and with this hand I give the extra details to my story.

Magnús Logi Kristinsson was born in 1975 in Reykjavík, Iceland. He moved to Amsterdam in 1999 to study at the Gerrit Rietveld Academy, where he discovered performance art, and received his Bachelor of Arts degree. He received his Masters of Fine Art at the Academy of Fine Arts in Helsinki, where he now lives and works. Kristinsson’s main focus has been creating performances where he reads various lists. These performances are minimalist and poetic, and are concerned with “rearticulating the obvious, mentioning the unnoticed, and proclaiming the already known” (Maarten de Reus.) He also makes durational performances where he blends in with the general public. From 2005 to 2007, Kristinsson performed with the interdisciplinary performance group Oblivia. Kristinsson has presented his works throughout Europe and in the United States.