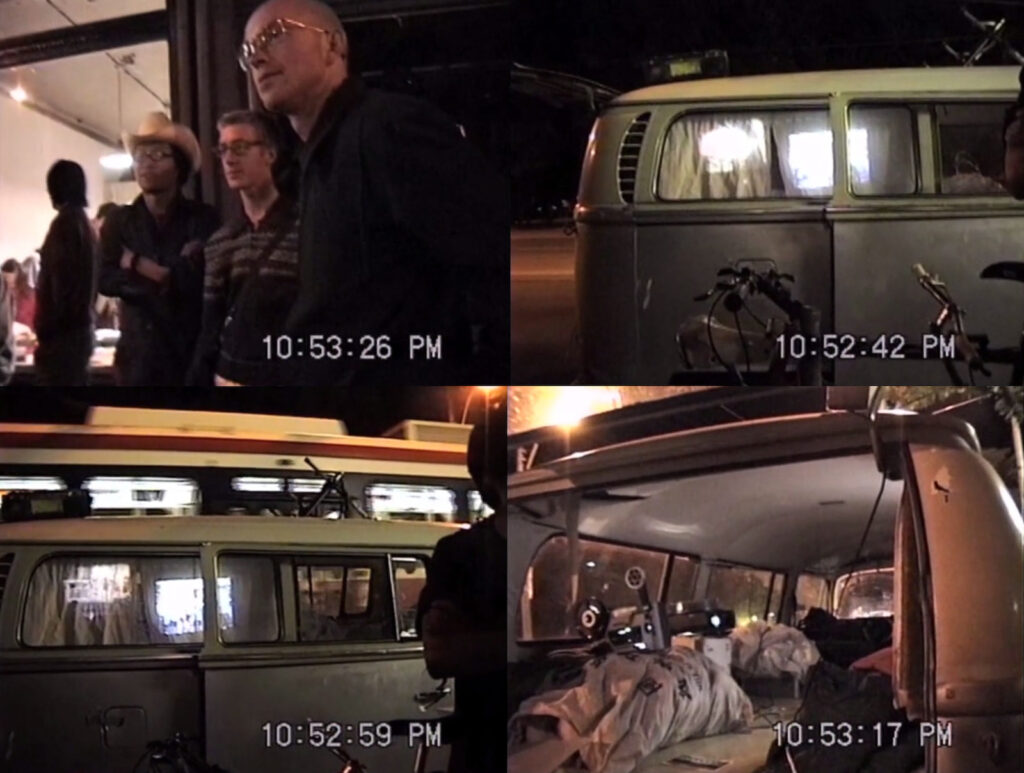 Jinhan Ko‘s interest is in dealing with the politics of self representation and race relations. This comes from identifying himself as, and resisting the simple binary of Korean/Canadian. Jin’s Banana House is an investigation into the power of media as well as needing to find ways to accommodate conflicting sources and materials. Banana is yellow on the outside and white on the inside thus an Asian American who grew up watching TV, who stays out too late, read Burroughs and eats bread not rice (?).