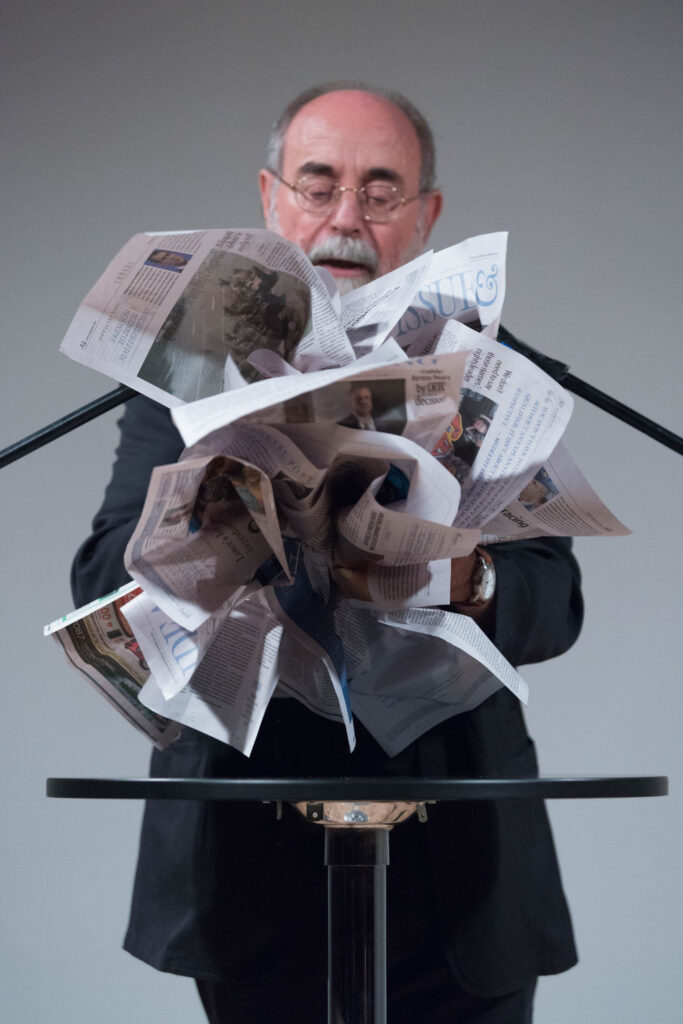 I am interested in creating a new language with or without words. It is an open language, created in relation to the visuality of the elements. I read objects, not words, and when I do it, I discover different voices within myself. I try to develop a primitive language of multiple voices whose feeling/meaning I don’t know. It’s my own language, but one in which I ﬁnd myself lost. I am (or I am there; it’s me), but dissolved/dismissed. And so, I try to transcribe the objects through a general language that all will be able to understand and appreciate in their own way.

Bartolomé Ferrando is a performer and visual poet based in Valencia, Spain. He teaches intermedia and performance at the University of Valencia. Ferrando is a member of various improvised music and voice groups including Flatus Vocis Trio, Taller de Música Mundana, Rojo, and JOP. His performance work has been presented across Europe, and in Argentina, Canada, Chile, China, Dominican Republic, Ecuador, Israel, Japan, Korea, Mexico, Singapore, USA and Vietnam.