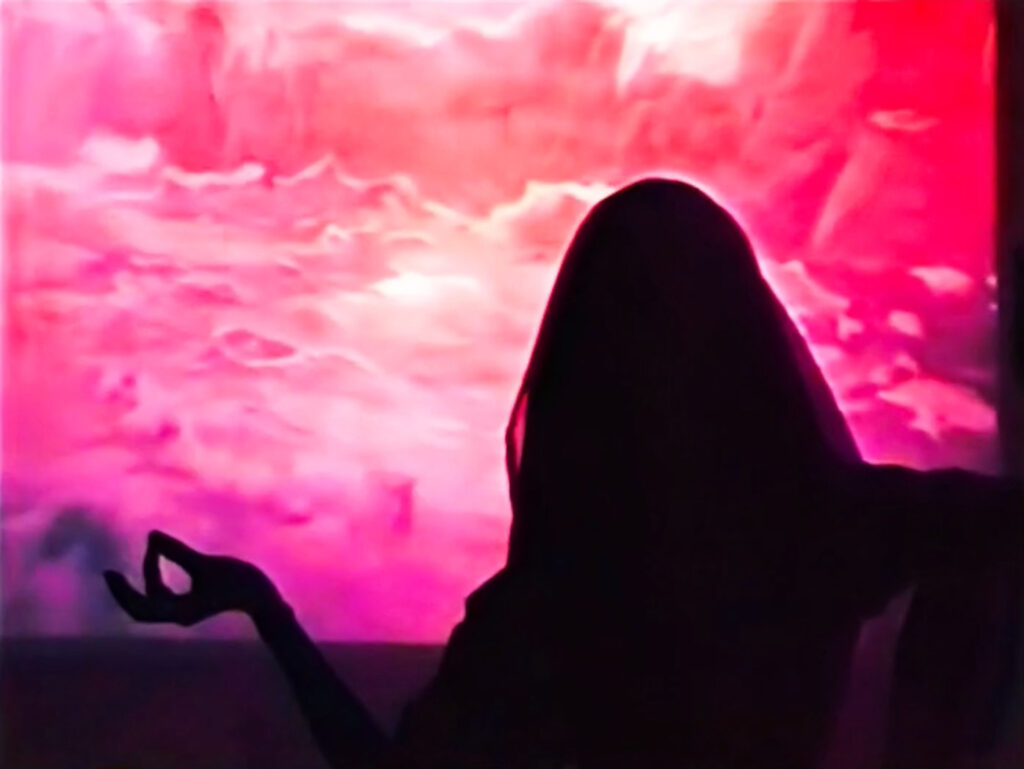 Karma Clarke-Davis’s Trash presented viewers with a visual and aural assault. The piece combined a dazzling array of blinking coloured lights, video projections shot by the artist on recent trips to Bombay and New York, neon-coloured saris silk-screened with pop images of ‘move star eyes’ from Indian magazines, and a live performance that featured Clarke-Davis as an awkward blue-skinned goddess dancing and camping it up amid a cluttered landscape of trash bags and plastic in time to a DJ-ed scratch dance mix of popular and ethnic music. This dizzying paean to multi-ethnic ‘trash’ culture reflects Clarke-Davis’ self-identified kitsch sensibility as she navigates the complex terrain of her mixed heritages in a postmodern world of economic and cultural extremes.

Karma Clarke-Davis was born in 1970 in Trinidad and Tobago, and has lived in Jamaica, Saskatchewan, and Montreal. Currently based in Toronto, she draws on her East Indian, African and Scottish heritage to create works which seek to blur boundaries (racial, sexual, cultural, psychological). Trained as a dancer and in drama, art and music, she graduated from Concordia University’s Studio Art program with a degree that included the study of painting, drawing, video, sculpture, installation and interrelated art. It is this past training that she draws on, as well as preoccupation with urban popular culture, to produce multi-layered mixed media works which explore her personal concerns with a dark, questing humour.