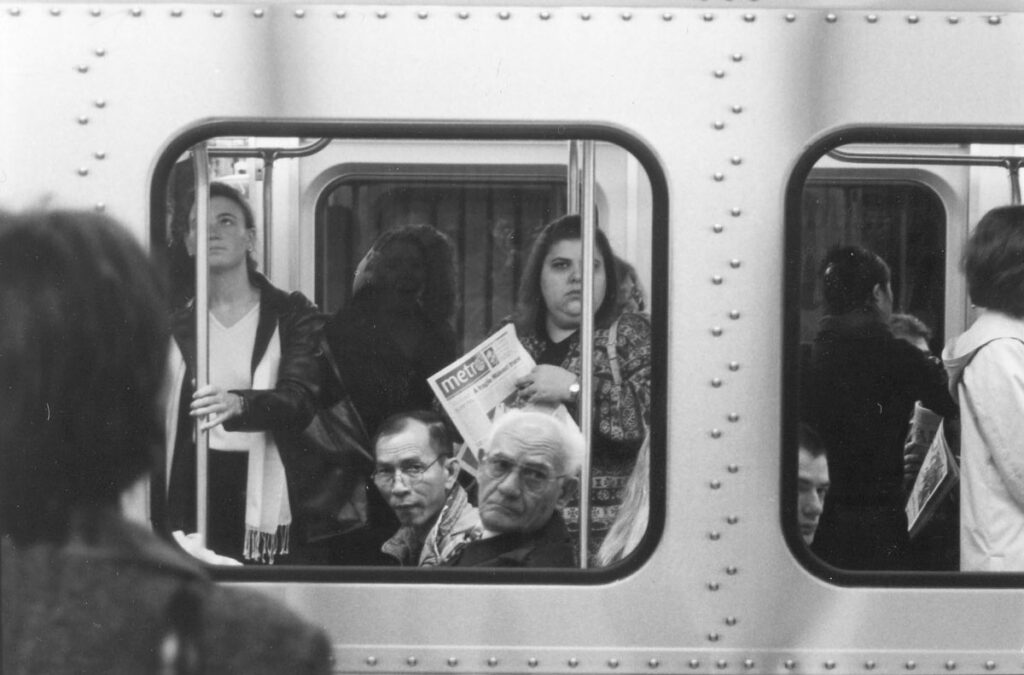 For the first three days of November, Toronto subway commuters used to the familiar sounds of moving crowds, screeching wheels and electronic warning signals encountered an alternate reality at the Osgoode subway station. Arriving anonymously and unobtrusively in street clothes, 40 – 50 singers congregated each morning to sing a harmonic chord composed to blend into the surrounding aural landscape. This gentle urban intervention is the work of Christine Carson, a Toronto-based artist who creates event-based aural and physical environments. The Toronto version was the second in an anticipated trilogy of Numb/Hum presentations, following on the heels of a premiere in Edmonton at the VisualEyez festival. A third version is planned for the Montreal Metro. Each version is composed in response to the particularities of the local transit system.

Christine Carson is a Toronto-based artist who creates event-based aural and physical environments. Originally born in Peterborough, Ontario, Ms Carson is a Fine Arts graduate of Concordia University. Her work has been exhibited primarily in Quebec and Toronto.