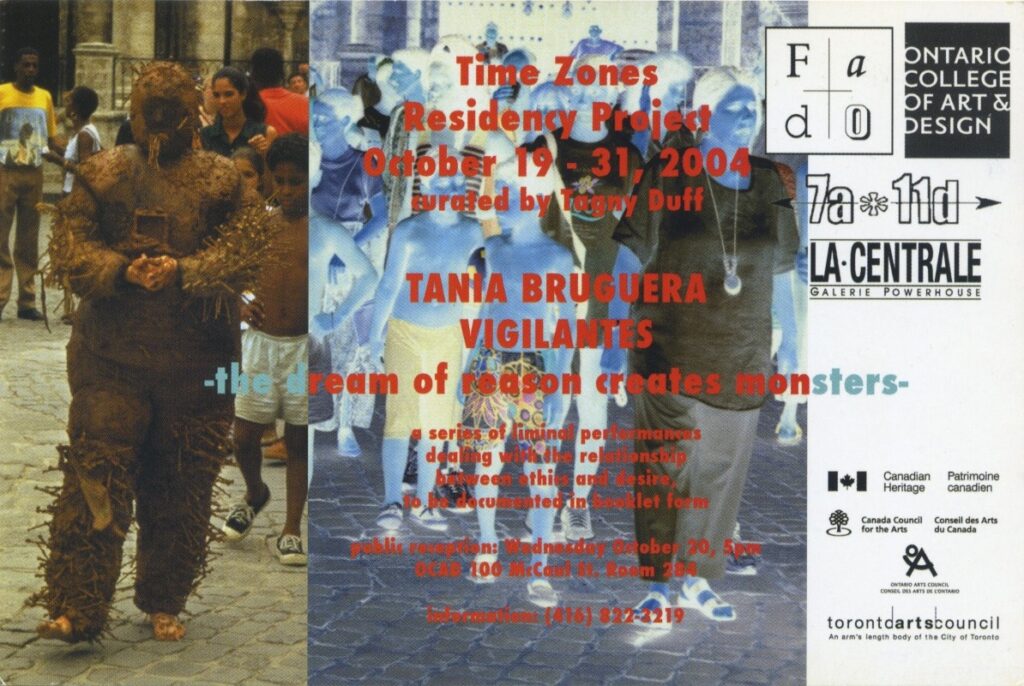 Tania Bruguera, VIGILANTES—The Dream of Reason inside cover of booklet (using the format of an airplane ticket) 2005

Organized by artist/curator Tagny Duff, Time Zones is a residency project with internationally acclaimed Cuban artists Glenda León and Tania Bruguera. The goal of the residency is to create new works that further the artists’ reflections and engagement with time, the commute in-between citizenship and nationhood, and the flight between corporeal and virtual spaces. Bruguera and León begin the residency in Montreal as part of Mois de la Performance, hosted by La Centrale, followed by two weeks in Toronto under the auspices of Fado Performance Inc. and sponsored by the Ontario College of Art and Design. Tania Bruguera will generate documents and archive her travels during two flight commutes between Chicago and Toronto, producing a printed booklet based on her performative commutes involving a series of liminal performances dealing with the relationship between ethics and desire.