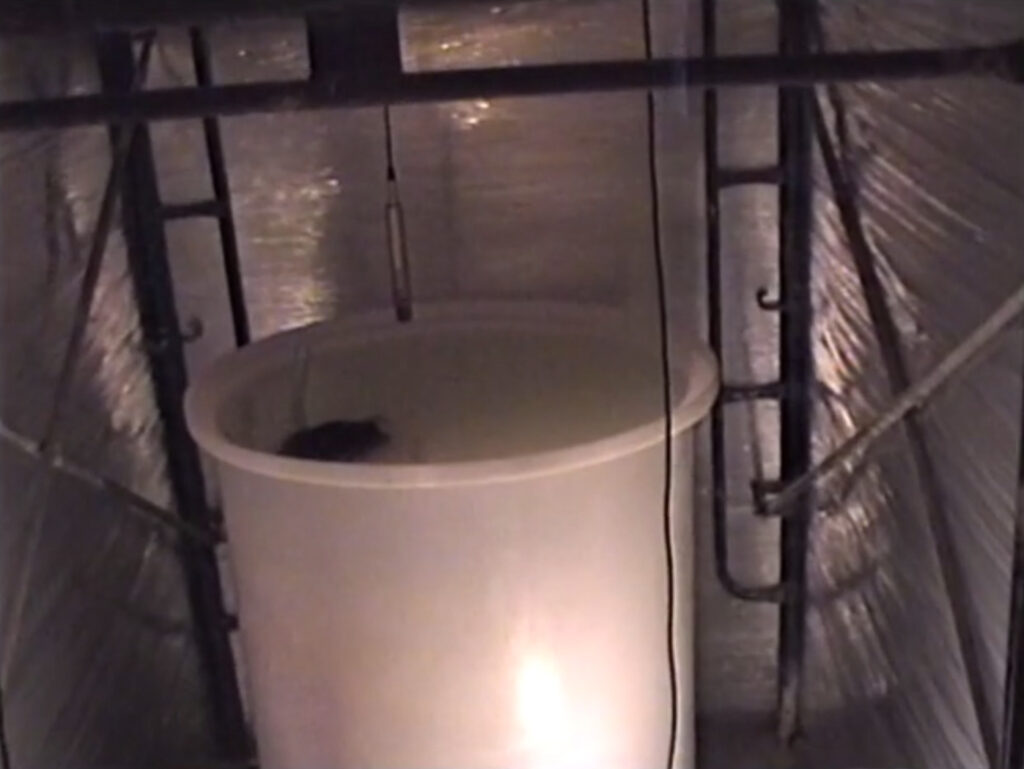 In Specimen, Sylvain Breton and Lance McLean presented the audience with a room-sized translucent cube that, when viewed from above, revealed two industrial containers, each filled with milky fluid and what could gradually be discerned to be the top of a human head barely grazing the surface. The sound of breathing from two air tubes completed the sci-fi, otherworldly feel. This installation questioned the nature of the relationship between audience and performer, using strategies of physical and psychological discomfort to problematize and isolate the roles of both audience and artist.