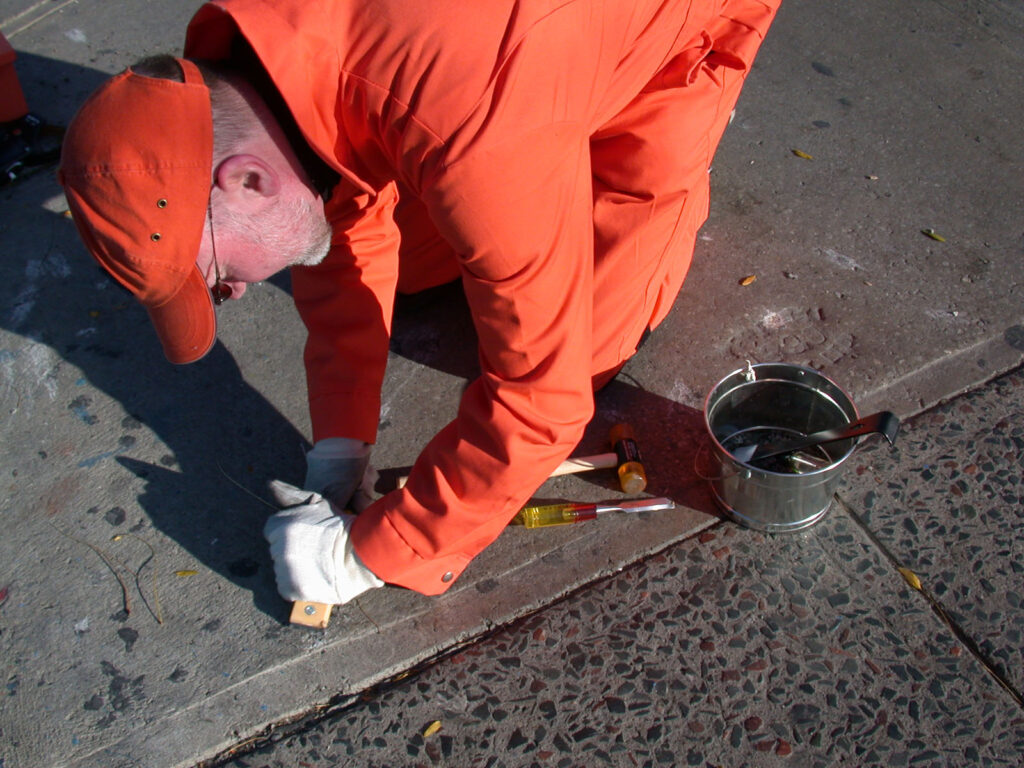 The first will consist of me Performing 30 hours of community work.

The second will consist of my public nomination of a vacant building in the city as an official squat by placing the internationally recognized squat sign on the door and/or a window of the building.

The third will be at the conclusion of my community work.

Bruce Barber was born in Auckland, New Zealand and currently lives in Halifax, Nova Scotia. He received an M.F.A. from the University of Auckland and the Nova Scotia College of Art and Design (NSCAD). He went on to teach at NSCAD, Simon Fraser University, and The Banff Center. He has shown his work in solo and group exhibitions worldwide and publishes regularly in Fuse and Parachute with major essays in Performance by Artists (1980), Performance Documents and Text(e)s (1982), A Book Working (1980-82), and Living Art (1979).