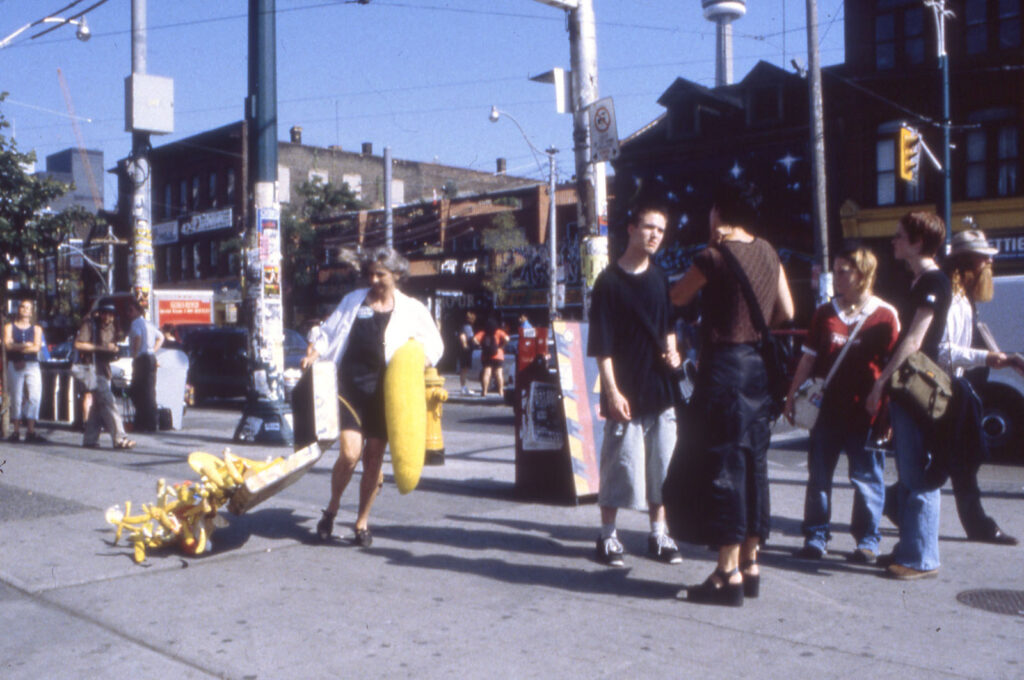 For this project, the artist stages what appears to be an accidental spilling of banana paraphernalia onto a public street. This ‘accident’ is in fact a carefully planned public interaction to collect research and engage passersby in an unlikely art event

Anna Banana (Sechelt, BC) has been creating performances and participatory public events since 1972, when she was the self-appointed Town Fool of Victoria. In addition to her internationally recognized BANANAPOST and ARTISTAMP NEWS mail art and postage stamp projects, she has staged BananaOlympics, a televised Banana Art Contest, and in 1993, she spent 3 1/2 months in Germany investigating the “new German banana consciousness”.