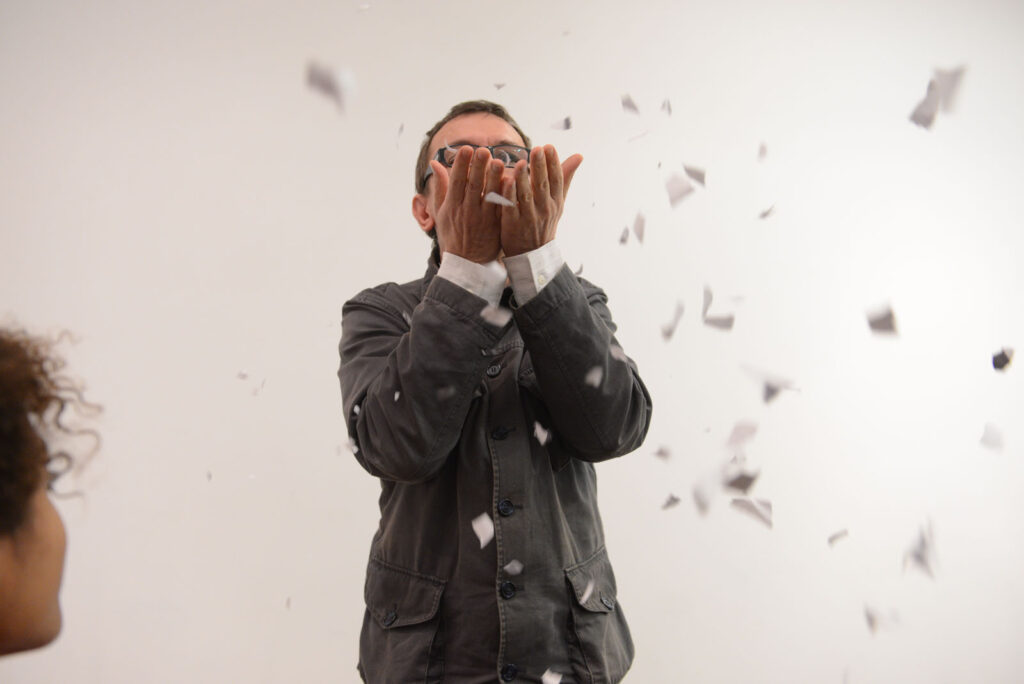 The essential substance of my performance is memory. Memory as a phenomenon as well as memory embedded in material objects, traces, that which remains. Memory that refers to the past while contradicting the future. The question about a trace that remains, about where it actually is, refers to what is left after every event. It also refers to memory and how it evolves, how memories become deformed and blurred, replaced by other, more vivid ones.

Waldemar Tatarczuk was born in 1964 in Siemiatycze, Poland. He now lives and works in Lublin. He is a performance and installation artist, art curator, was the founder of Performance Art Centre in Lublin and is currently the director of Labyrinth Gallery. Active as a performance artist since 1988, he has taken part in performance art events throughout Europe and Asia including: Infr’action Paris, Navinki Festival in Minsk, Asiatopia Festival in Bangkok, Future of Imagination in Singapore, Open in Beijing; Blurrr in Tel Aviv and others. His curatorial projects include European Performance Art Festival EPAF (Warsaw) and ‘Open City’ Festival of Art in Public Spaces (Lublin).