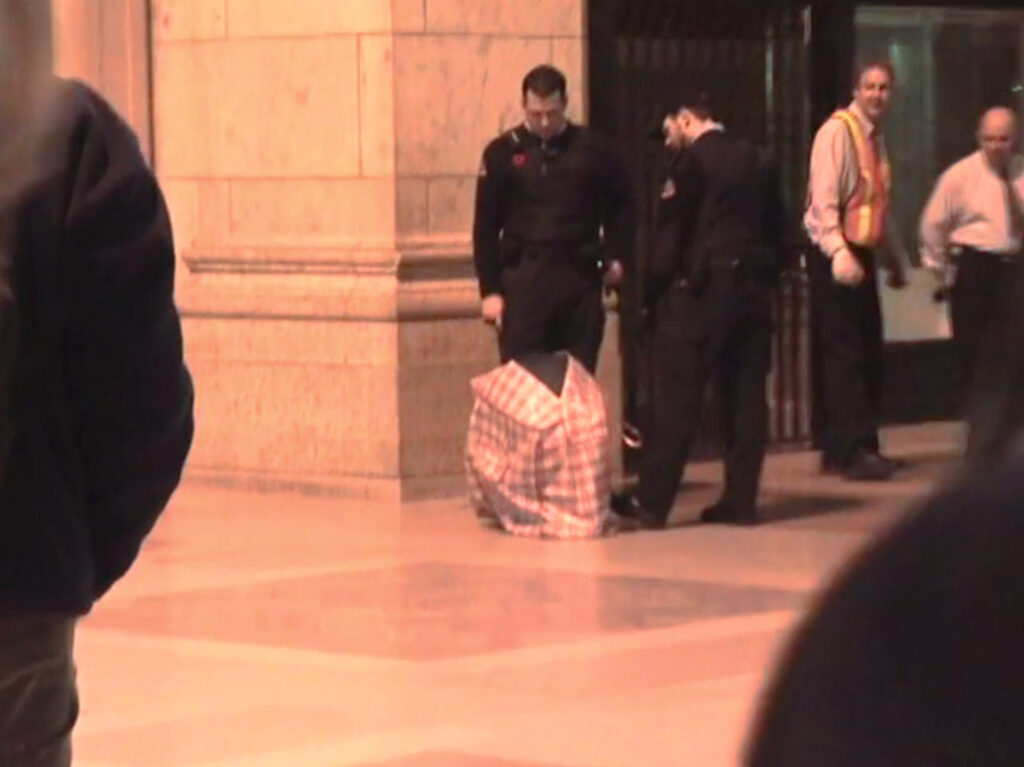 Die Tasche / The Bag was a video document included in the d2d.2 – direct to documentation screening. When the artist showed up in person at the festival, she decided to stage an impromptu Toronto version of her public intervention at the local train station.

Stefanie Trojan (b. 1976) is not producing images, but experience. She questions human habits and confronts the observer with an action. It is about social patterns, habits in general and daily things. How far we are dominated by our environment, are we captured in our context? She picks up the circumstances of a place, reacts to the periphery and the humans around. She analyses habits and confronts them with performance.