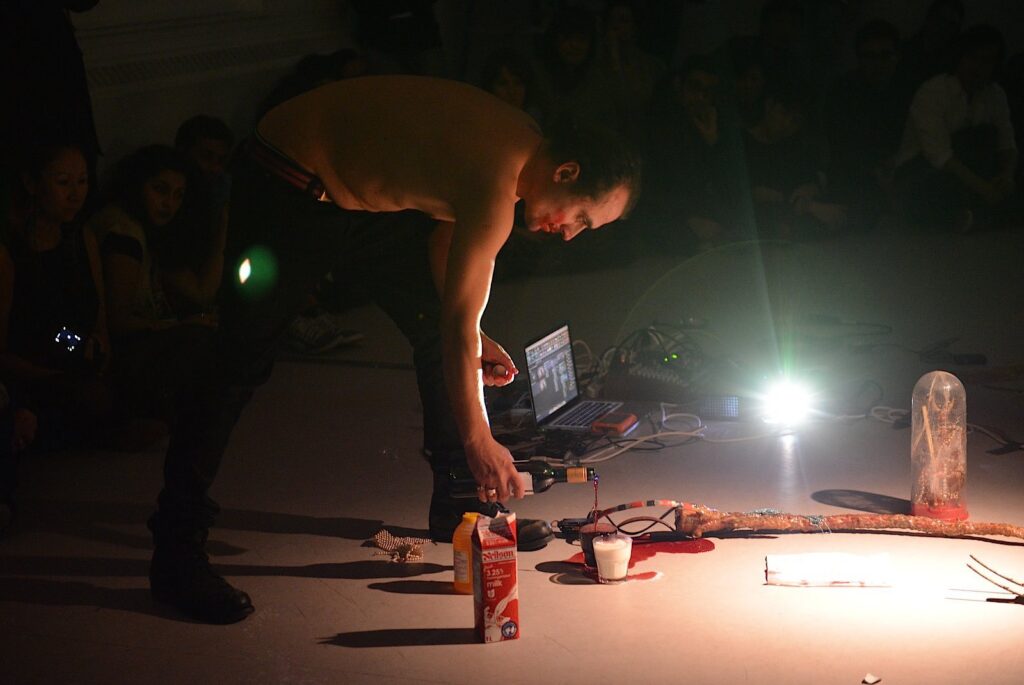 My work is a continuous construction and deconstruction of slippery identity and gender. I create obscure multisensory baroque environments that fuse elements from sculpture, video, absurd theater and visceral opera using wireless sensor technology and new media. I venture into the realm of playfulness where martyrs are made from candy, and blood is made from sugar and caramel. My latest body of work places my Romanian identity in a niche where filthy operas, sickly sweet parades and hyperbolic presentation form a kaleidoscopic vision.

Theo Pelmus is a performance artist who has received awards from various organizations including the Ontario Arts Council (2006, 2009), the Dennis Tourbin Fund for emerging artists in performance art (2007) and the City of Ottawa (2009, 2012). He has exhibited nationally and internationally, including shows in Bogota, New York, Copenhagen, and the Bucharest Biennial. Theo has a BFA and MFA from the University of Fine Arts in Bucharest and a second MFA at the University of Ottawa.