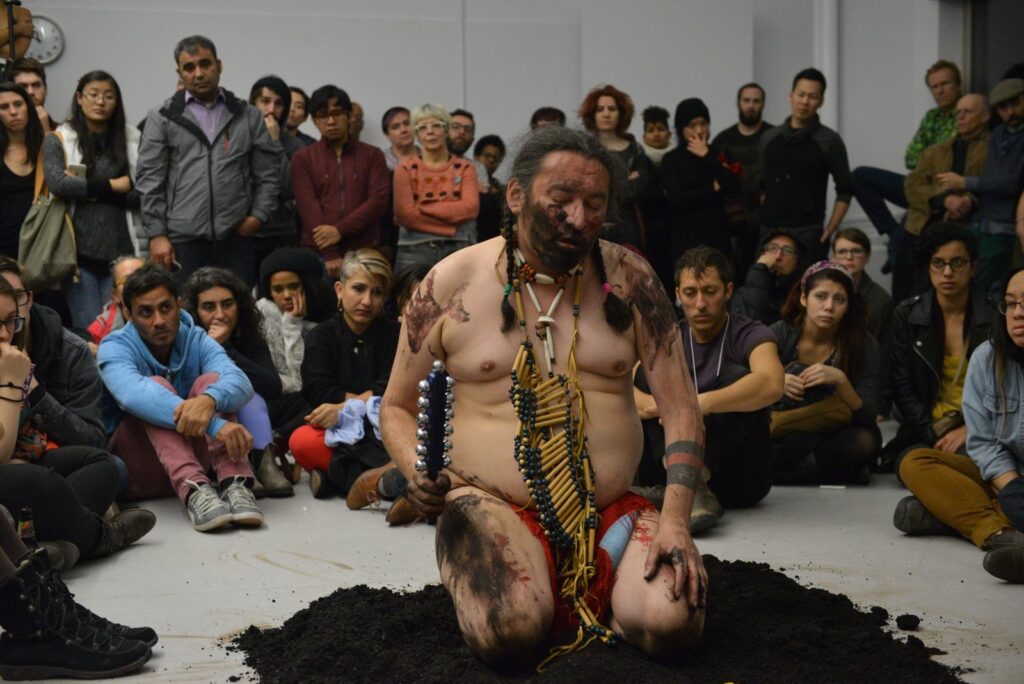 Terrance Houle is an internationally recognized interdisciplinary media artist and a member of the Blood Tribe. Involved with Aboriginal communities all his life, he has traveled to reservations throughout North America participating in Powwow dancing along with his native ceremonies. Houle utilizes at his discretion performance, photography, video/film, music and painting. Likewise Houle’s practice includes tools of mass dissemination such as billboards and vinyl bus signage. A graduate of the Alberta College of Art and Design, Houle received his BFA in 2003. He lives and maintains his art practice in Calgary, Alberta.