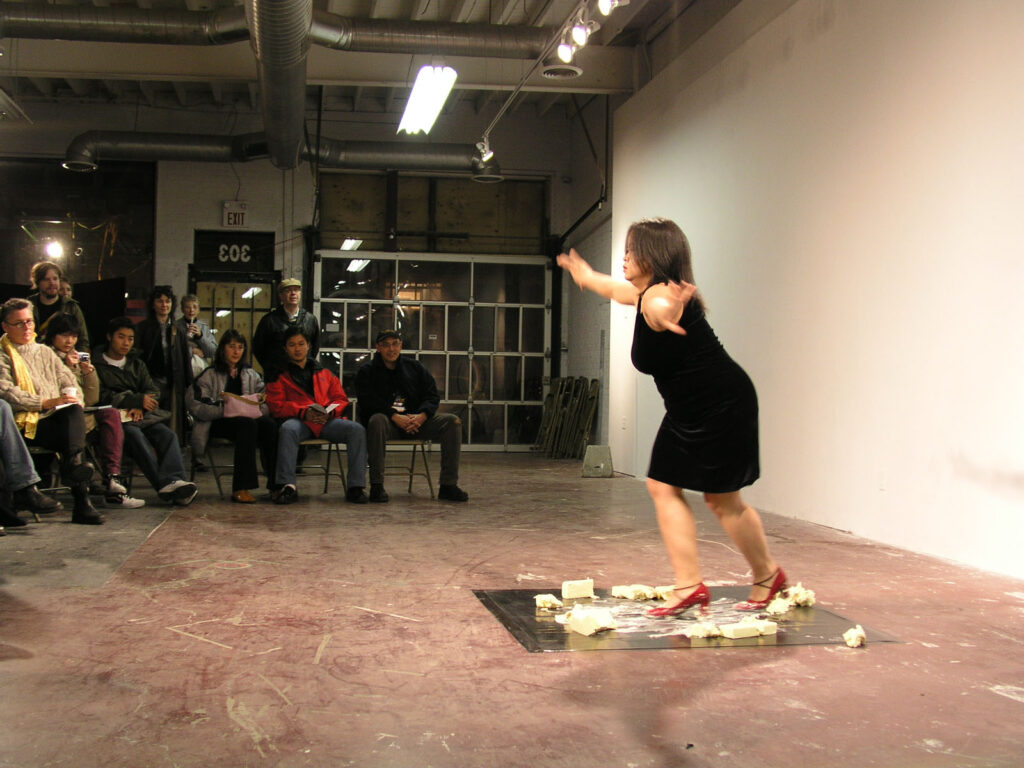 “I intend to touch the fluid border between the body and its environment through my artwork. I aim to create a concentrated level of intensity without the use of narrative structures. Talking about politics, society or psychology makes no sense to me if the nerves are not able to digest the information. I love it when a performance reaches a level of factual absurdity.”

Melati Suryodarmo graduated in International Relations and Political Sciences in Bandung, Indonesia before moving to Germany in 1994 to study at the Hochschule für Bildende Künst Braunschweig with Marina Abramovic. She finished her Meisterschule in Performance Art in 2002. Suryodarmo has participated in exhibitions and festivals throughout Europe including IPFO 2003, brrr Porto and VV2 at the Venice Biennale. Suryodarmo’s performances are concerned with articulating the social and the political through her body.