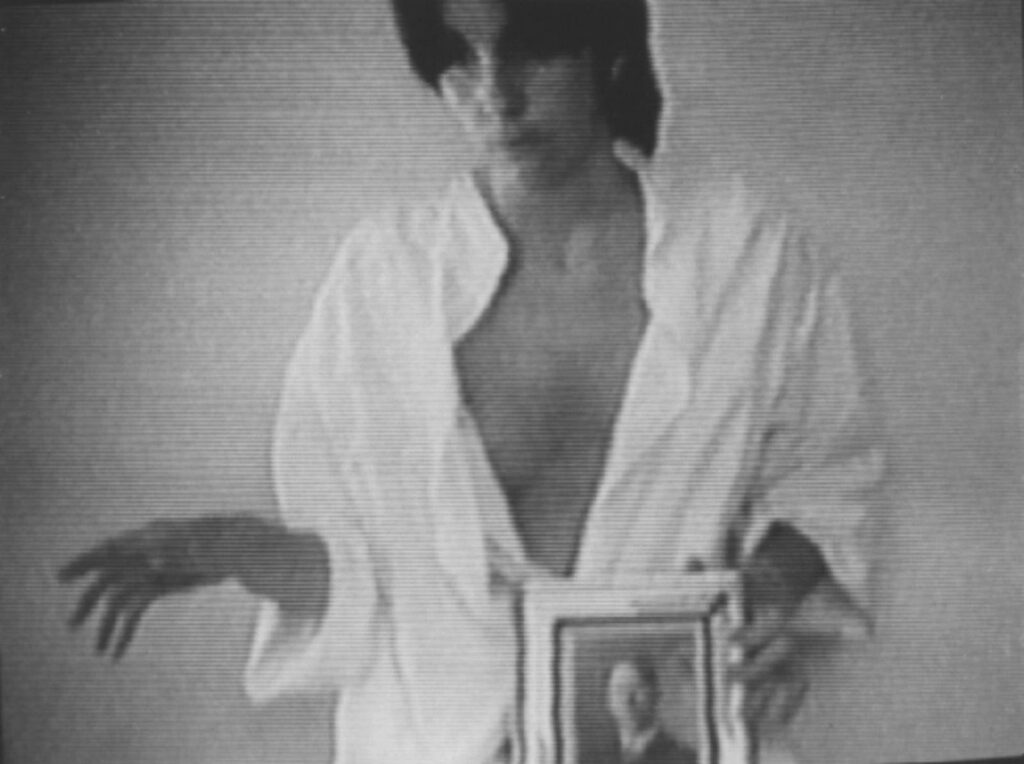 I made this tape shortly after my grandfather’s death as a memory of his voice and speech patterns. The tape is a woven song of sorts, made up of many stories that he told and retold to me when I was a child. The stories were about his childhood; the tape is more about how memory is transmitted and retained than about the specifics of any one particular narrative.

Lisa Steele was born in Kansas City, Missouri in 1947 and immigrated to Canada in 1968. An important pioneer of video art in Canada since the early 1970s, Steele has shown internationally at the Venice Biennale (1980), the Kunsthalle (Basel), the Museum of Modern Art (NYC), the National Gallery of Canada, the Institute of Contemporary Art (Boston), 49th Parallel Videoseries, the Vancouver Art Gallery and the Long Beach Museum. Her videos are in collections worldwide, including The National Gallery of Canada, the Art Gallery of Ontario, the Museum of Contemporary Art (Houston, Texas), Ingrid Oppenheim, Concordia University (Montreal), Newcastle Polytechnic (England), Paulo Cardazzo (Milan), the Canadian Embassy (Tokyo) and the Akademie der Kunst (Berlin). She is a founding director of Vtape in Toronto, a national information and distribution service for independent video and a founding publisher and editor of FUSE Magazine.