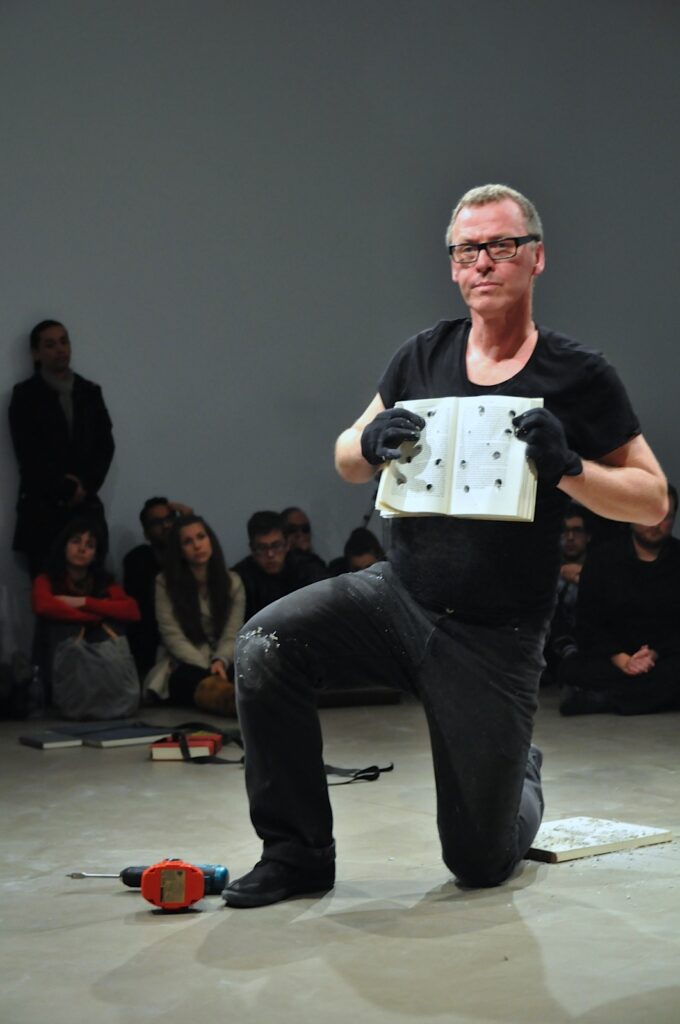 Joakim Stampe lives and works in Göteborg, Sweden. Working with painting, object art and installation, Stampe has increasingly focused on performance and has participated in festivals in Poland, Finland, France, Italy, Singapore, China, Thailand, USA, and Russia. A co-founder of Live Action Göteborg (www.liveaction.se), the leading international performance art festival in Scandinavia, he plays an active role in the proliferation and development of performance art in Scandinavia. In his work Stampe deals with issues in contemporary society that touch him. Whether direct political topics or the art scene and its star system, he is a storyteller, through the actions and the human identification possible in performance art.