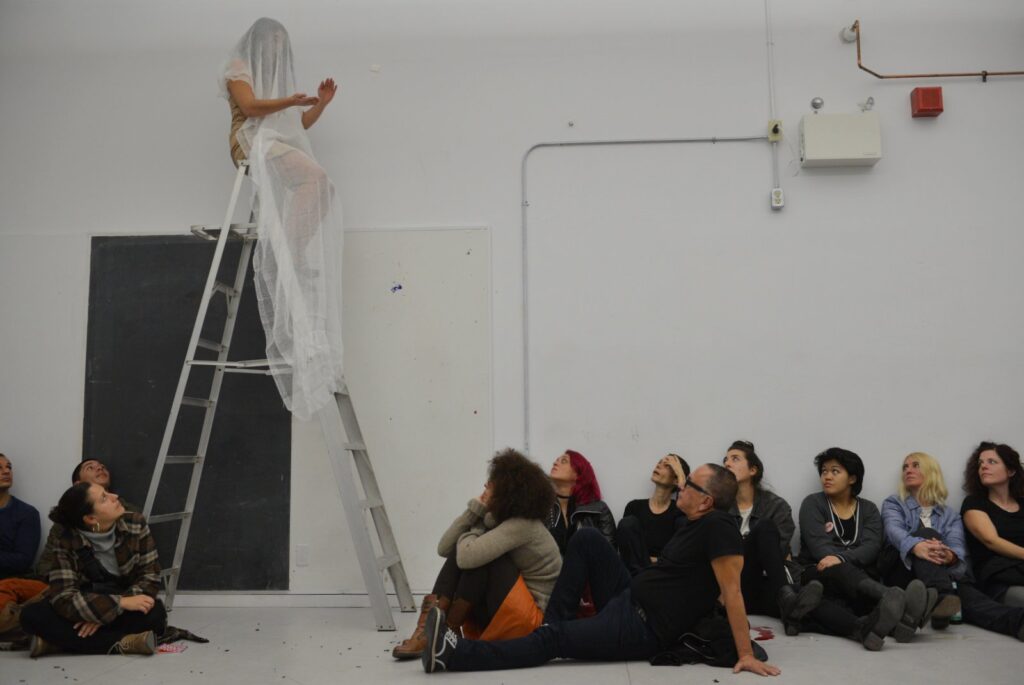 I work exclusively in performance. My work explores the psyche through the involvement of the senses. By putting the outside world in a representational context, I attempt to indulge in the dissonance of the body and environment. The subtlety of daily life — especially the instant it turns from mediocre to unprecedented — provides an intention, and a possibility for transformation. I sometimes choose to invite the audience into the process in the hope that the interaction will inform the next moment in the performance. 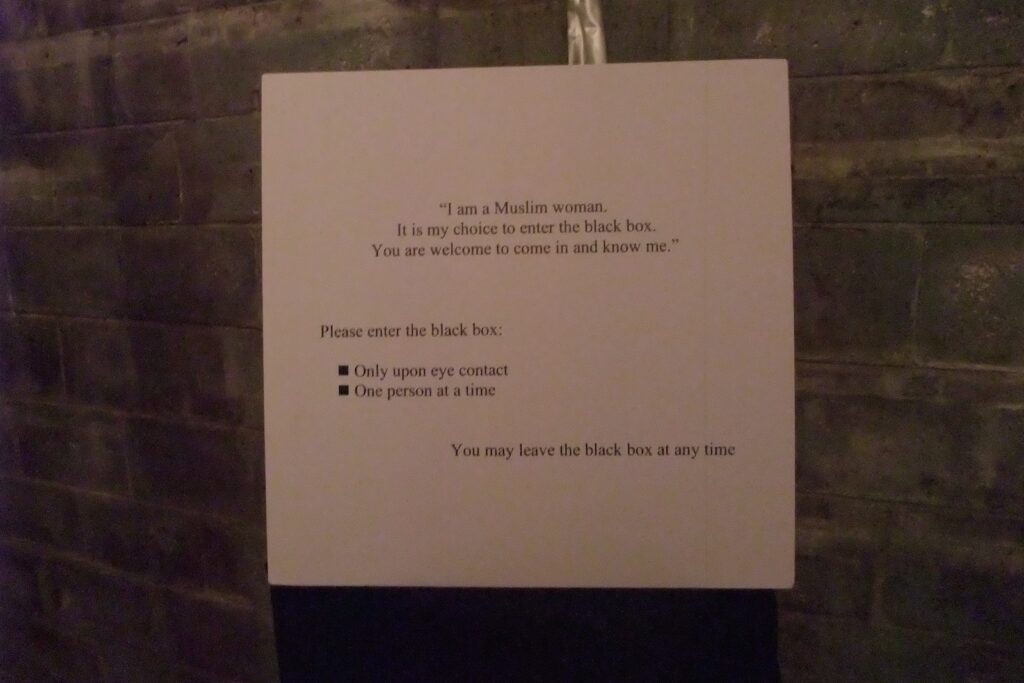 Black box is a performance art piece that attempts to interrogate people’s need and willingness to communicate. It takes its form from a deeply embedded religious and cultural practice regarding women’s dress code in Islam and aims to bring an experience to individuals in an enclosed space that belongs to a so-called Muslim woman. Audience members will have their choice of superficially viewing the black box as an art installation from the outside, or taking a step towards the intimate by entering it and engaging in an activity with its inhabitant.

Simlâ Civelek is an Istanbul-born performer, artist and poet. Her installation/performance piece, Poetry Caravanserai, was a part of Electric Eclectics 2008 and The Alley Jaunt 2007. Her installation Wish Swing was chosen as an open call project for the 2007 Nuit Blanche in Toronto. Civelek looks for ways to explore the human experience and thrives on creating abstract reflections of what some might call “everyday life.”