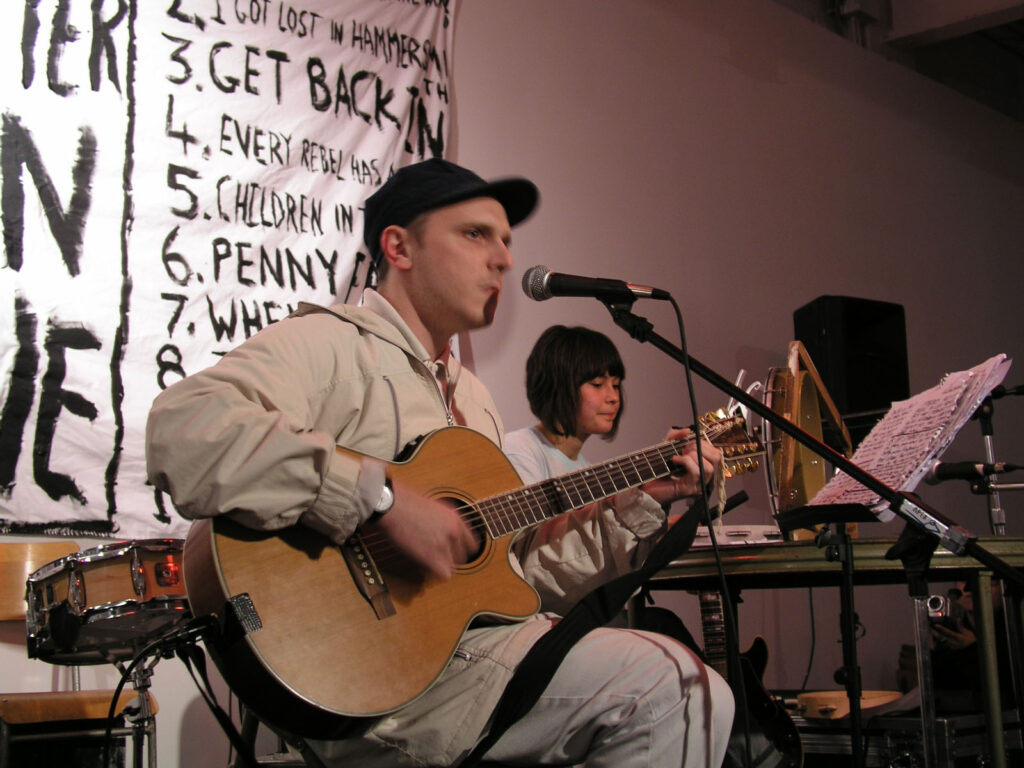 Sawyer will perform music (both in a concert setting and busking around the streets of Toronto) and produce small, anonymous public interventions.

Born in London in 1977, Mathew Sawyer studied at the Chelsea College of Art and has shown internationally, including exhibitions at the Lisson Gallery and Whitechaple. “His pieces describe, for the most part, his tragicomic, typically unrequited, attempts to make contact with or have his presence acknowledged by others.” – Matthew Higgs, ArtForum (1/1/2003)