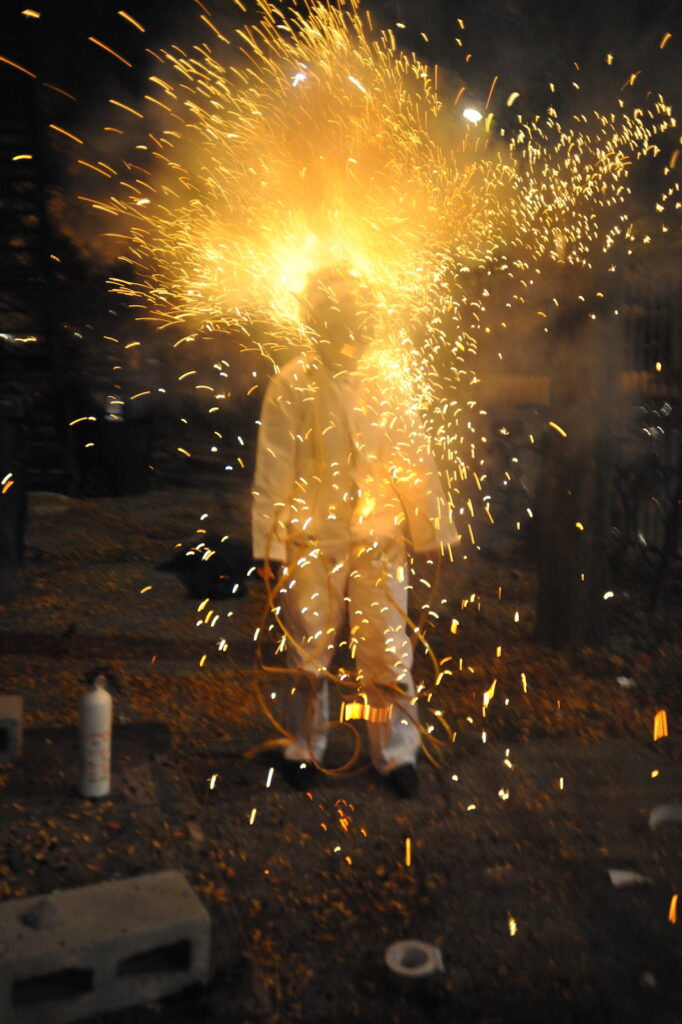 In this performance, the body is as vulnerable an element as the objects used. I seek to maintain a tension in the space, building a visual and aural environment linked to an action that balances between the danger and the poetry that can be released.

Gwendoline Robin lives and works in Brussels. She graduated from L’ENSAV de la Cambre in Brussels (1992) and she received a grant from Erasmus to study installation/sculpture at the Technical University of Valencia in Spain (1991). She has performed extensively around the world since 2006 with her ‘explosive’ works both solo and in collaboration. She also works in video and installation. Currently she teaches performance strategies to architecture and visual arts students at the Academy of Fine Art in Tournai.