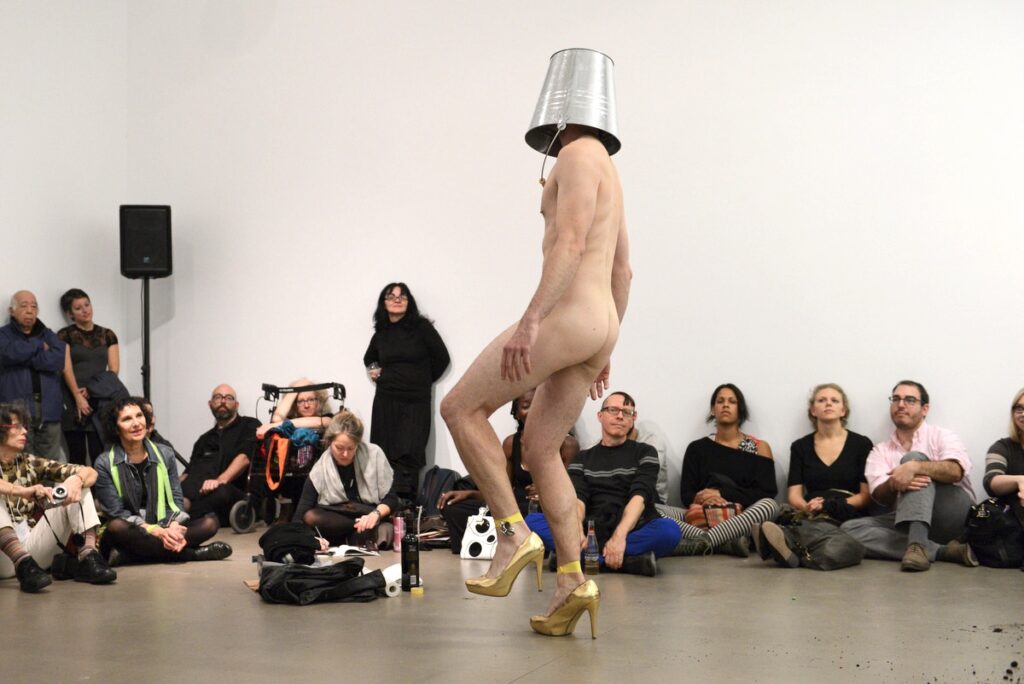 Central to my work is the live moment: the in-betweenness that manifests in the mediation of a reality and a relation between artist and spectator, and between image or text (in its widest sense) and action. Recent work has explored ritualized actions that simultaneously perform and interrogate the shamanic function of performance and the aesthetics of classic action art. These performances are often durational, physically and mentally demanding, and teeter between the sacred, the profane and the absurd. Through familiarity and disruption, they function on a secular-spiritual level as well as on that of ‘queering’ to provoke reflection, empathy and humour.

Paul Hurley is a UK-based artist working primarily in live performance with occasional other solo and collaborative projects. He has recently been exploring the possibilities of performance in absentia through installaction work and Connection / Time, a project exploring live online performance documentation. He has performed in galleries, theatres and public spaces in Europe, North America and Asia, had his work published internationally, and in 2009 was awarded a PhD from the University of Bristol for a practice-based project undertaken with Arnolfini Gallery and supported by the Arts and Humanities Research Council.