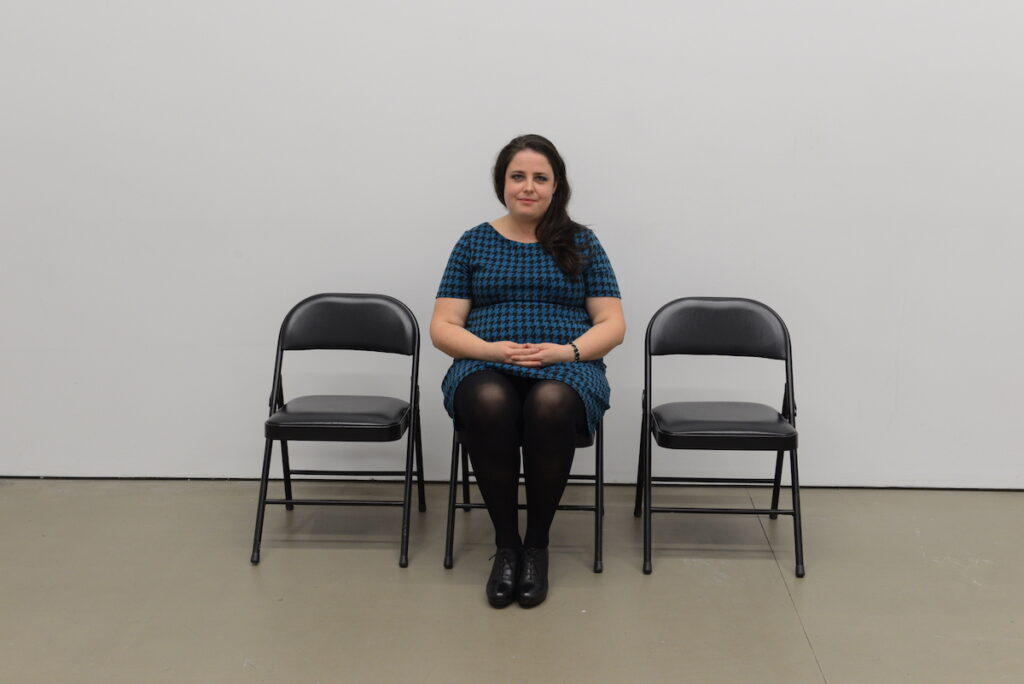 Patrycja German doesn’t content herself with hypothetical forms. Her art consists of creating concrete situations. At the centre of which is her person and a clearly structured (but not necessarily “simple”) instruction. […] The suspense of her works is in their incalculability, the potentiality resulting from the interaction. How will the other one react? How do I deal with that reaction?

— Dr. Margrit Brehm, from Dicht an Dicht / Close Together

Patrycja German was born in 1979 in Wroclaw, Poland. She currently lives and works in Berlin, Germany. She studied at the Academy of Fine Arts in Karlsruhe, Germany. She has received several grants and awards including the Schindler- Stipendium (Los Angeles); Artists and Architects in Residency Program of MAK (Vienna, 2010); HAP Grieshaber – Preis (2009); Saar- Ferngas – 1st Preis for Young Art (2008); and Kunststiftung Baden (Württemberg, 2007). Since 2002, she has been focusing on creating live performance and performance for the camera. Her work has been exhibited throughout Germany, Poland, and in Europe.