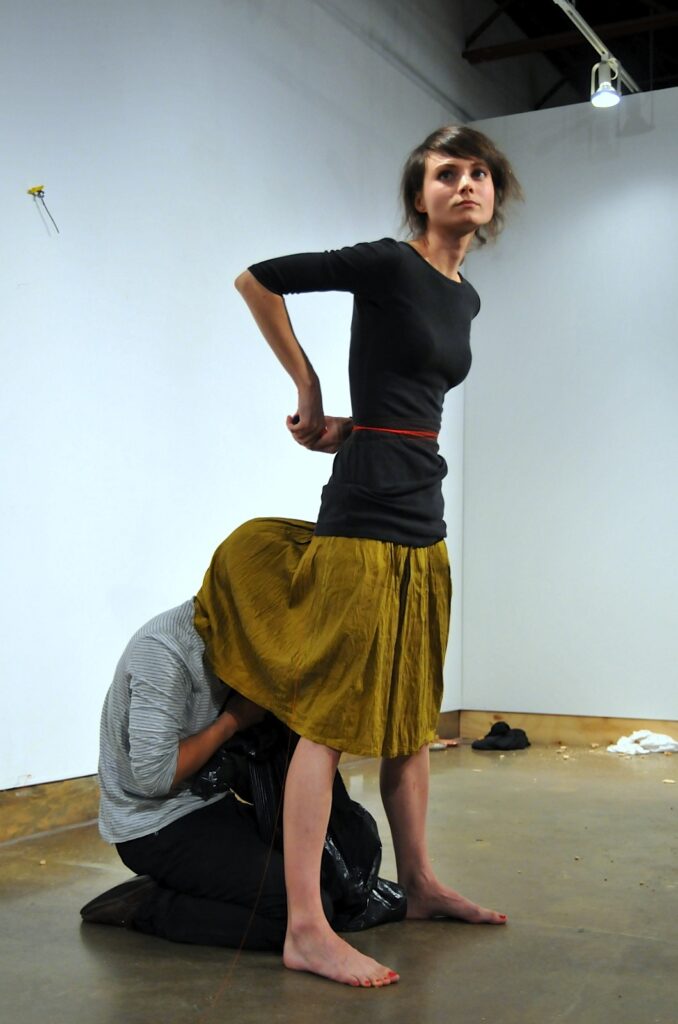 Francis O'Shaughnessy & Sara Létourneau, I have nothing to say about my day 7a*11d 2010 PHOTO Henry Chan

By using a series of simple and powerful symbolic actions, destabilizing postures and improvisation, we will present the individual in his loneliness, as well as a couple who are engaged in indifference, dominance and a series of submissive moments. The unbalance of power between a man and a woman will be represented through concentration and action. Two individual lonely worlds that evolve together.

Francis O’Shaughnessy and Sara Létourneau met in 2006 at the pilotprojeckt Gropiusstadt residency in Berlin. They have presented their individual work throughout Europe, Asia and the Americas. Sara lives in Chicoutimi and Francis lives in Montréal.

Francis O'Shaughnessy & Sara Létourneau, I have nothing to say about my day 7a*11d 2010