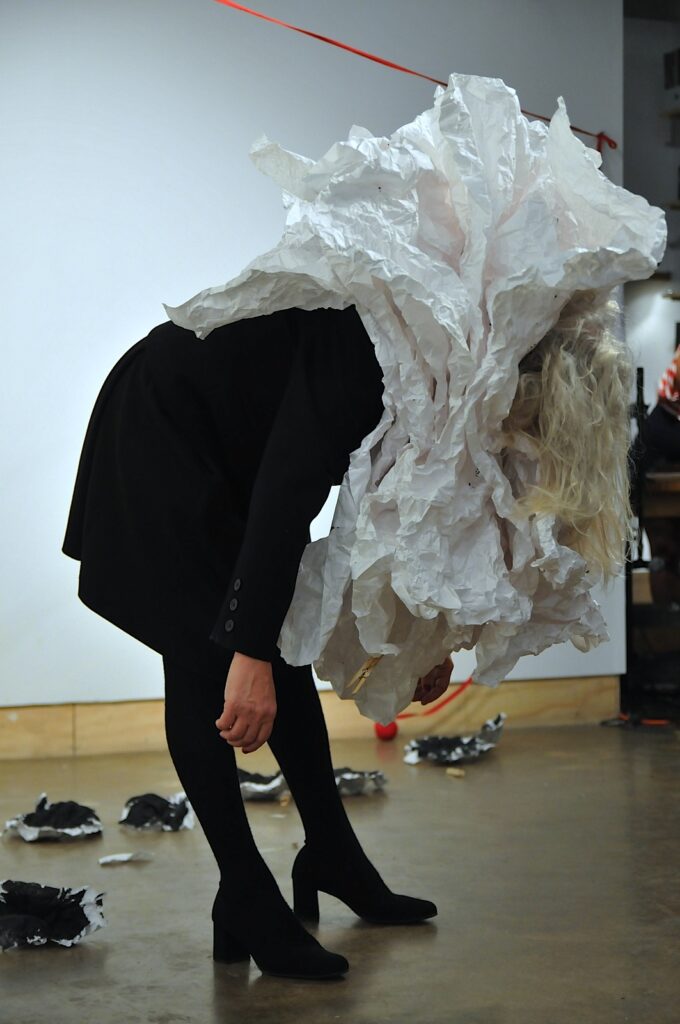 Mathematician Irma Optimist has performed at festivals, museums and galleries all over the world. Her early performances criticized the prevalent masculine concept of art, using the mathematical dynamics of chaos to ironic effect. Exploring themes of gender, locality, nature and death, her works are transformations in which the existence of the artist is connected to ritual and live installation.

As a curator and founder of Là-bas, a permanent forum forliving art and experimental culture, Irma Optimist has brought many well-known international performance artists to Finland. This project has succeeded in realizing the ideas of contemporary theory concerning non-hierarchical strategies of organization and rhizome-like networks. The forum continues to operate as a situation-specific and site-specific continuum both in Finland and internationally.