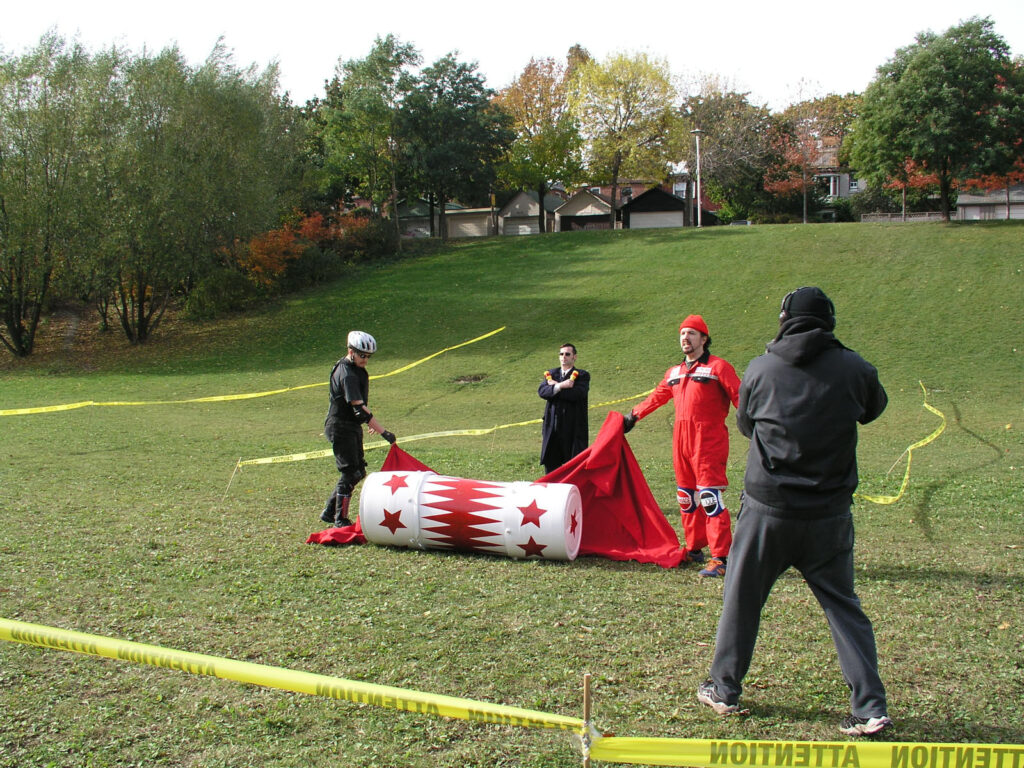 The Roll of the Artist
Saturday October 23 11 am
Bickford Park
(At the north end of the playing field, just behind the Bickford Centre at 777 Bloor St W west of Christie Subway Station. Access via the park entrance on Grace St, just a short walk south of Bloor St. Walk down to the field and look for the caution tape.)

For this performance, the artist and his stunt-double will embark upon a scaled down archetypal odyssey. The Roll of the Artist offers the thrill of minor spectacle and the edifying undertones of critique. Combining physical and aesthetic risks of uncertain degree, it is part stunt and part inquiry – a brief adventure in art and delegation.

John Marriott lives and works in Toronto where he is a writer and artist working in video, installation, performance and urban intervention. His works have been seen in publications, exhibitions and screenings internationally. His installations were presented in a solo exhibition at the Power Plant in Toronto (1996). His videos have been screened at Medienkunstpreis at ZKM (Germany), the Rotterdam International Festival of Film and Video (Netherlands), and the Lausanne Underground Festival (Switzerland). His street performance series Art that Says Hello received critical praise in Artforum International (1998), and last year his performance interventions Incidental Park Zones and You were staged in Vancouver as part of the Expect Delays series at Artspeak Gallery.