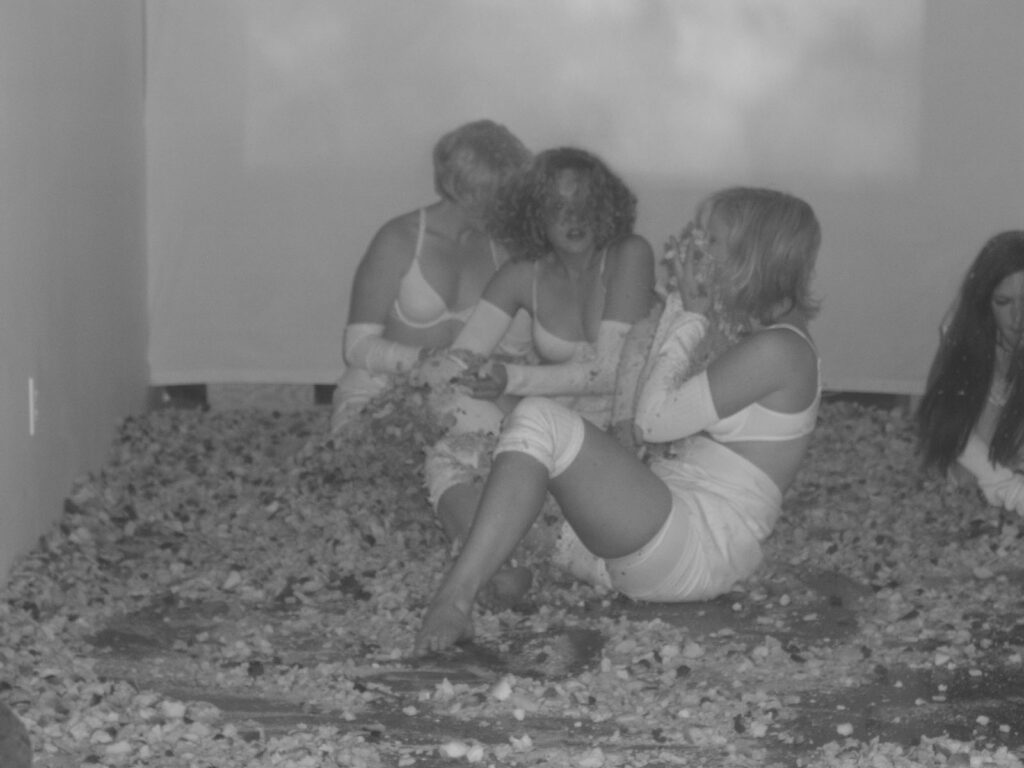 A grotesque durational performance about gargantuan famine and pathetic attempts to alleviate it by feeding of crumbs; debased parcels of greater things. In Crumbs, horror-film type characters, coated with glutinous food substances, will repeat gestures over and over to enact disturbing psychological and physical hungers.

Maria Legault is an interdisciplinary artist that has coated her face in bubble gum, been hidden in clouds of blue cotton candy and stuffed crevices with pink icing. She holds a BFA from Concordia University and an MFA from the University of Guelph. Her work has been exhibited across Canada in such venues as Mercer Union, InterAccess, Forest City Gallery and Ne Plus Ultra. She currently resides in Toronto where she eats too much sugar.