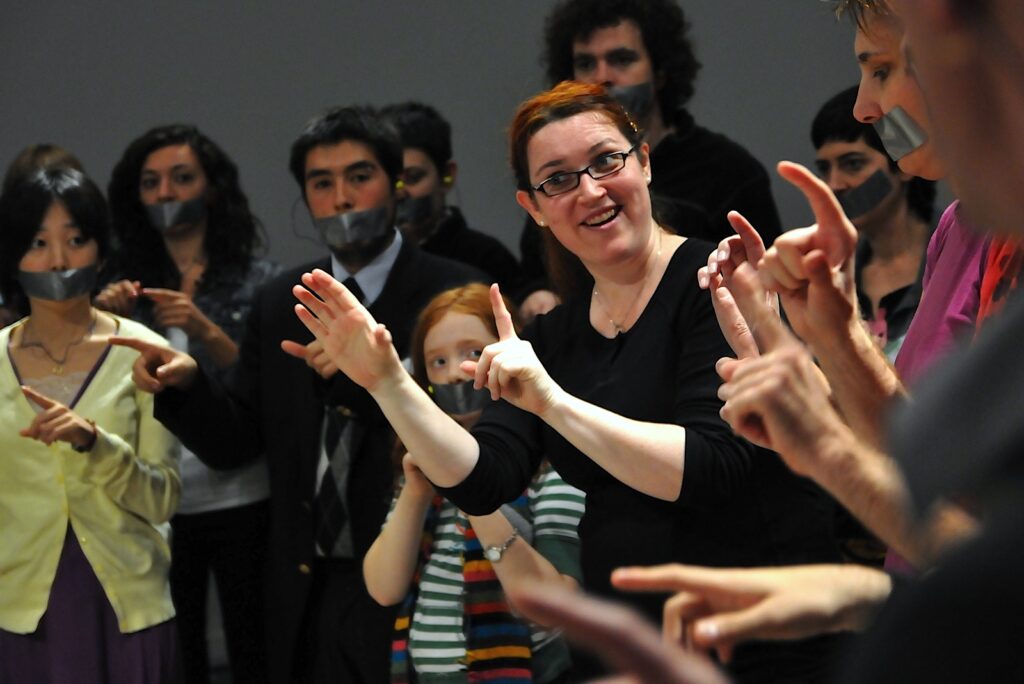 Bodies have been, to some degree, the property of political, cultural and lingual dominance. This performance plays an inversion of the Centre and the Other or Margin, bringing the audience to a personal experience of the invasion and violence of their personal space physically, lingually and psychologically. This performance inspects a lingual violence and oppressive dominance of phonocentrism
that is rampant within society, in which hearing loss is exploited by corporations for economic and political-medical power in the biotechnological industries.

Jolanta Lapiak is an Ameslan literary-media artist in video, performance, photography and text. Her works challenge phonocentric traditions of textuality and a concept of language. In her works, she has been shifting between language politics and creative inspiration of sign language arts. She holds a MFA from NSCAD University, Nova Scotia.