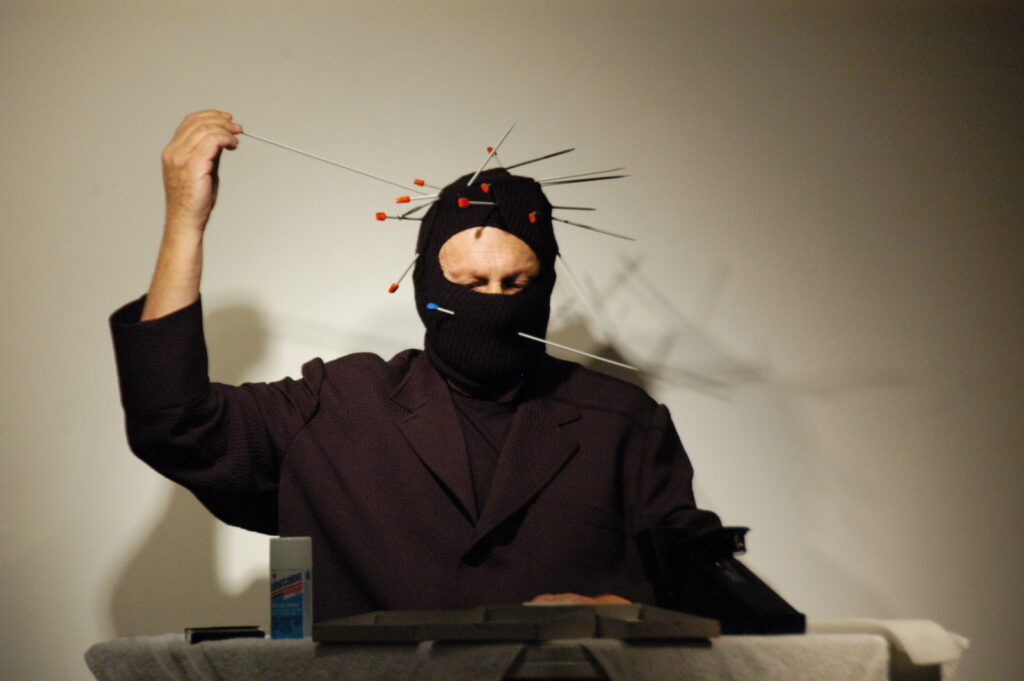 Born in 1941 in Duisburg, Germany, Norbert Klassen has been living since 1964 in Switzerland. Klassen founded the experimental theatre group STOP.P.T. (Studio am Montag) in 1970, and was the Director of Theater an der Winkelwiese in Zürich. In 1979-80, he conducted a sojourn to New York where he undertook further education in dance therapy and speech training. Since 1980 he has been a teacher at the Drama School in Bern. He taught performance art at F+F Schule für Gestaltung in Zürich and diverse master classes in various performance techniques in Germany and Finland throughout the ’80s and ’90s. Since 1990 Klassen has been occupied mostly by intermedia projects, including exhibitions in Germany and Finland.Though he regularly he works as a stage director at the Theater an der Effingerstrasse in Bern, and as an actor, has regular engagements in Germany, Austria and Switzerland, he now sees himself mainly as a performance artist. In this function he also tries to maintain an international performance-art network through his ongoing festival project, Bone (now in its 11th season). He is a founding member of the performance group Black Market International (since 1979). Norbert Klassen will perform several times during the festival.

Presented with the support of Pro Helvetia.