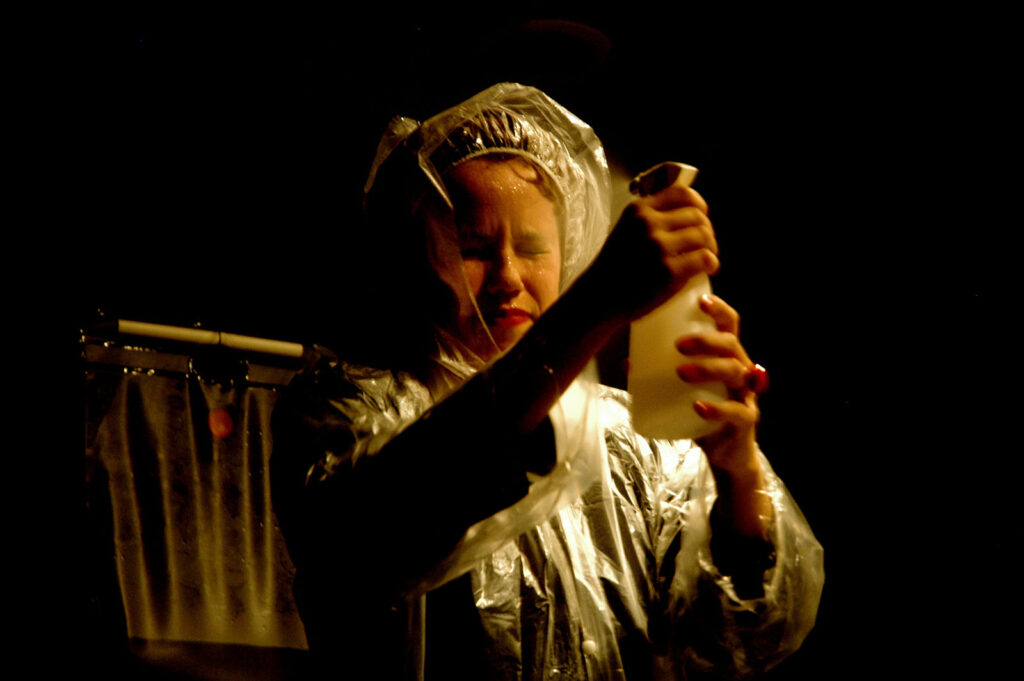 Love Boat is the fourth performance in Leena Kela’s ongoing performance series Water-Resistant. During the series, Kela has embarked on a journey from the depths of the sea into the zero gravity of space. As the character Julie McCoy, a cruise hostess with a wide smile, Kela invites the audience to set the course for adventure. Love Boat concentrates on the experience and effects of chaos in life and love, those surprising incidents that a cruise can offer. By sailing along the surface where water and air meet, the journey moves along that mythical realm between the conscious and the subconscious.