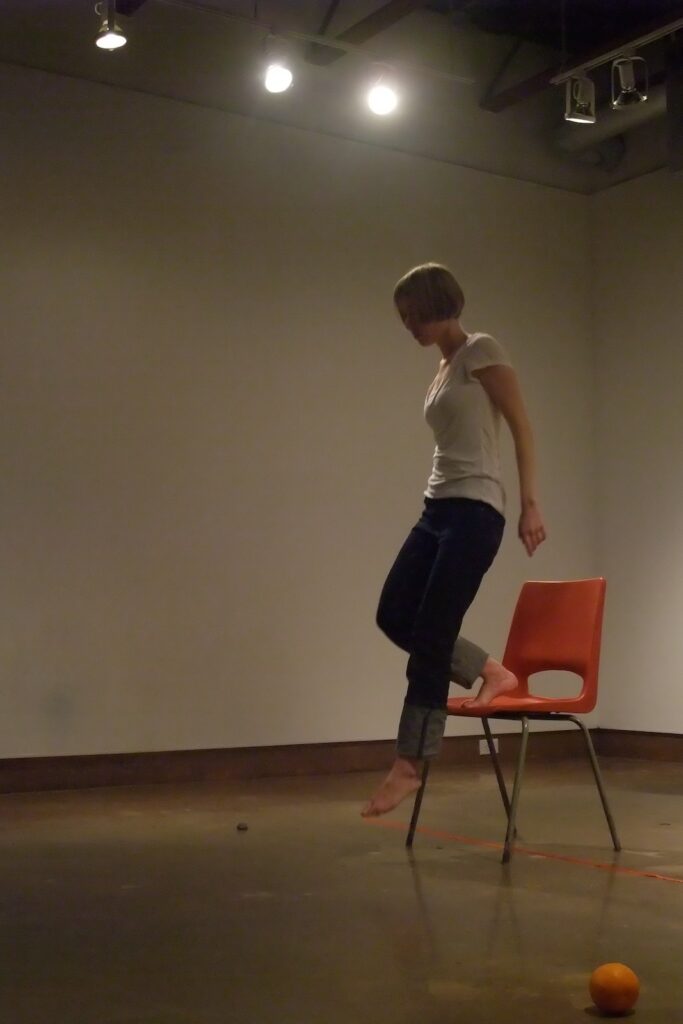 Untitled (Toronto) is a performance on uncertainty and necessity. It is a performance on leaning, repeating, falling, and on movement that seems like stillness. The work disarrays the elements of mundane and of wonder. It points at small details, almost invisible, saying: ”Here, pay attention to this.”

Essi Kausalainen studied performance art and performance theory at Turku Arts Academy and the Theater Academy of Finland. Kausalainen’s works explore the physical experience of being (body as a space, body as an action, body as an identity). They create a poetic language of images, gestures and spaces – a language that invites audience into a gentle dialogue. Her work is also based on slow processes of making (of becoming). Since 2000 Kausalainen has performed in numerous festivals around the world (Europe, Asia, America), and has had two solo exhibitions in Helsinki (2007 and 2008).

Presented with the support of FRAME Finnish Fund for Art Exchange.