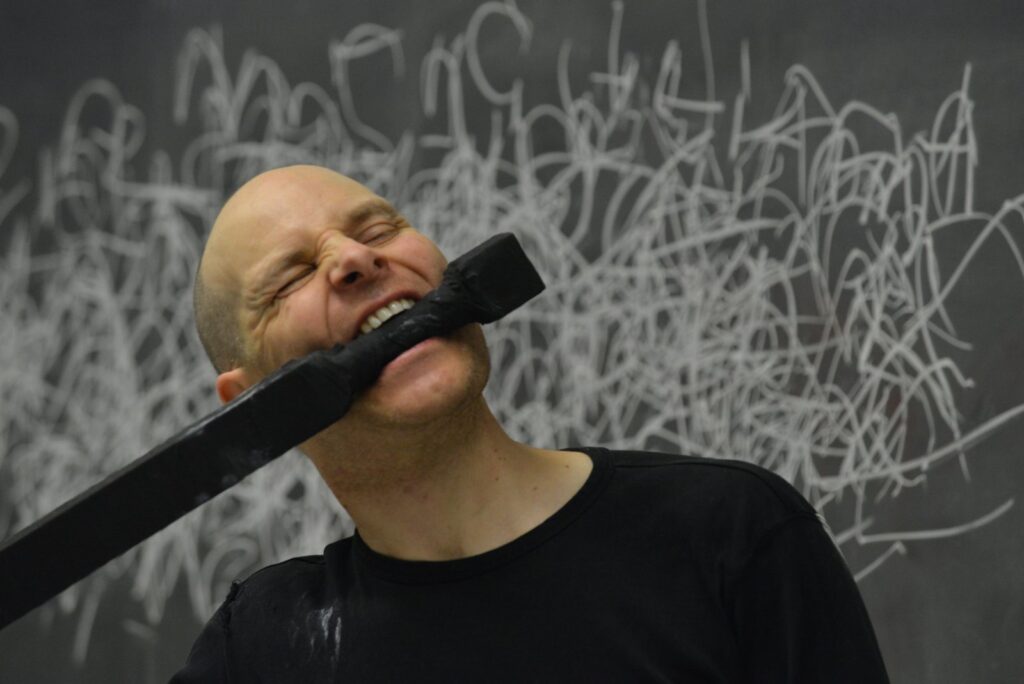 In this performance the audience will witness the artist bringing together various aspects of his interdisciplinary practice, including sculpture and drawing. The performance can be seen as a way of marking time as the artist pushes his body beyond exhaustion. Throughout the performance slight movements will provide the only sounds as the artist remains silent, void of engagement with the audience. Court will interweave personal experiences encountered throughout his life, from childhood to the present day. The audience will witness interactions with modified versions of familiar objects encountered throughout education such as desks, dictionaries, pencils and paper that will only function with support from the artist.

John Court is a London born artist based in Finland. His performances have captivated audiences worldwide at events such as Infr’Action Venezia in Italy (2013), SpaceX Gallery in Exeter, UK (2012), Guangzhou Live Art Festival in China, ANTI Contemporary Art Festival in Finland (both 2010), the Venice Biennale (2005), and the Liverpool Biennial (2004).