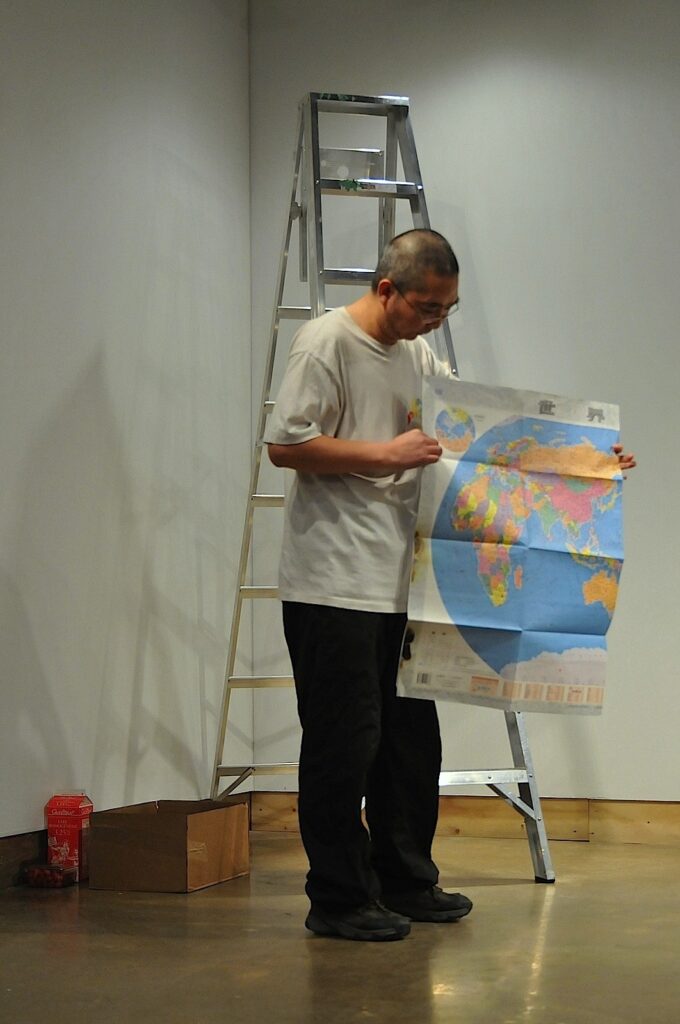 Experimental art is my soul.

Born in Sichuan province, Chen Jin has been making performance actions in China and abroad since the 1990s. His works focuses on the connection between local culture and the artist’s self. Since 2000 he has been the organizer of the annual OPEN International Performance Art Festival in Beijing.